Philip Seymour Hoffman was found dead in his apartment in New York City yesterday from a suspected drug overdose. The award-winning actor and director was reportedly discovered in his bathroom before noon with a needle still in his arm after a long struggle with addiction. Shocked fans and celebrities have flooded to social media sites to pay their respect to the much loved actor.

Philip Seymour Hoffman was found dead in his fourth floor apartment in New York City on Sunday morning after a suspected drug overdose.

According to reports, The Hunger Games actor was found by his friend David Bar Katz with a needle still in his arm. David spoke of his tremendous shock, telling the New York Times: “I saw him last week, and he was clean and sober, his old self. I really thought this chapter was over.” 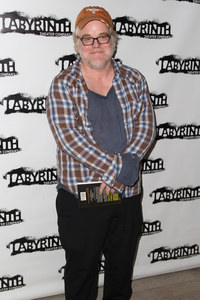 At only 46-years-old, the actor had revealed that he admitted himself into rehab in May last year for heroin abuse after remaining drug free for 23 years. He had spoken of his drug addiction in the past, and told CBS News back in 2006: “It was all that [drugs and alcohol], yeah. It was anything I could get my hands on…I liked it all. I went [to rehab], I got sober when I was 22 years old. You get panicked…and I got panicked for my life.”

Philip received critical acclaim for his roles in many movies including The Master, Magnolia and Capote, for which he won an Oscar for Best Actor, and was currently filming for the final two films in The Hunger Games franchise, in which he played the role ofPlutarch Heavensbee.

Seymour Hoffman’s family said in a statement: “We are devastated by the loss of our beloved Phil and appreciate the outpouring of love and support we have received from everyone.

“This is a tragic and sudden loss and we ask that you respect our privacy during this time of grieving. Please keep Phil in your thoughts and prayers.”

What was your favourite Philip Seymour Hoffman movie or memory? Tweet us @sofeminineUK