by Helen Turnbull Published on 27 April 2017 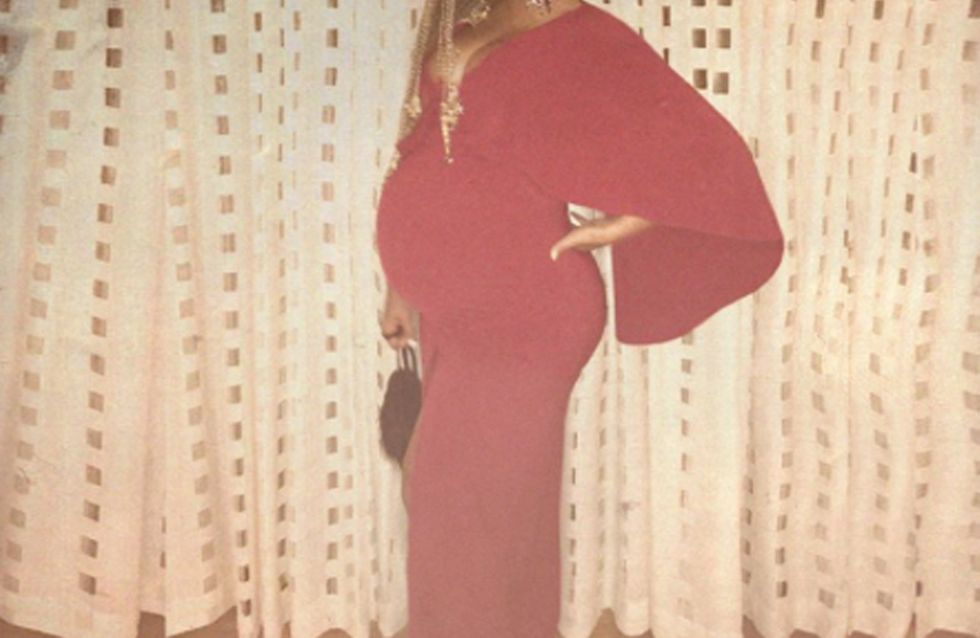 Last week we brought you the news that, unbelievably, not even Beyoncé is immune to fat-shaming trolls. Sigh. But rather than wallow in self-pity over some low-life keyboard warriors, Jay Z's pregnant wife has shown them who's queen in a bee-autiful new maternity shoot, shared on her Instagram account.

Beyoncé's loyal beehive were forced to swarm to her defence last week after Twitter trolls fat-shamed her in some less-than-flattering, close-up, paparazzi shots. Bear in mind she is expecting to welcome twins in summer. It all started when one polite young gentleman, who goes by the Internet pseudonym @_champagnepepe, tweeted: "Beyoncé's getting f*cking fat," alongside a not-so picture-perfect image of the multi-award-winning superstar.

But Beyoncé is slaying the trolls one-million Instagram likes at a time in response to the petty keyboard warriors. The 35-year-old mother-of-one has well and truly silenced the haters with her latest offering on the photo-sharing app and we're backing her all the way. The Lemonade star is visibly embracing her pregnancy figure as she's pictured proudly posing with her growing baby bump which is accentuated by a fitted red maxi dress and plunging neckline.

But rather than caption the defiant gallery with a lengthy rant, as is the traditional response to online abuse, Bey kept it blank. They do say a picture says a thousand words and that couldn't be more accurate in this case. A closer look at the images suggests they were taken on the same night as the original fat-shaming close-up as she's dressed in red, sporting the same dreadlocks and earrings, which means she's come out on top in all of this.

Have you ever experienced pregnancy fat shaming? Tell us about your experiences @soFeminineUK

This Beauty Blogger Wants The Internet To Stop Make-up Shaming