by the editorial team Published on 19 December 2013 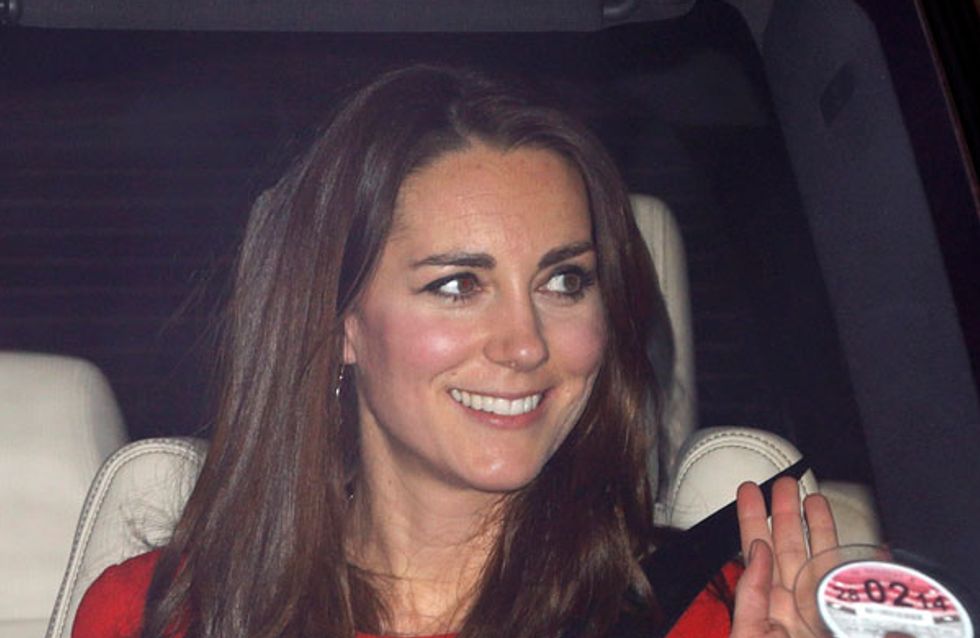 It was another first for little Prince George yesterday when he joined his parents, the Duke and Duchess of Cambridge, for Christmas lunch at Buckingham Palace with most of the extended Windsor clan. It was a happy occasion as guests cooed over the sweet royal baby and celebrated the holiday season.

Prince George is one of the luckiest babies we know. While most infants would get left home while their parents attended fancy parties at palaces, he gets to go along for the ride!

Duke William, Kate Middleton, and Prince George headed out yesterday to celebrate Christmas with their nearest at Buckingham Palace.

Several other children joined for the annual affair, including one of William and Kate's bridesmaids, Lady Louise, 10, and her brother James, 6. The newest royal baby, Maud, Lord Freddie Windsor and his wife Sophie's daughter.

Also in attendance: Princess Beatrice and her father, Prince Andrew as well as Zara Phillips and her mother, and Princess Anne,

Duchess Kate was photographed looking radiant in red while riding from the Christmas party in her family's Range Rover. The proud, happy mom waved to fans as they passed.

Notably absent from the festivities was William's brother, Prince Harry. Harry is currently on his way back from the South Pole, where he and teams of ex-servicemen and women arrived after a four-week, 200 mile journey for Walking With The Wounded charity.

As for how the royal family will celebrate on the actual holiday, a smaller gathering will be held at Sandringham House, the Queen's country house in Norfolk, on Christmas Day.

What do you think Prince George will get for Christmas? Tweet us @sofeminineUK!