We've already had one royal wedding and even a royal baby, but now it seems it's Prince Harry's turn to settle down. The party prince has been dating his girlfriend for 18 months and insiders are predicting a spring wedding. Maybe Cressida Bonas is the blonde to tame him...

Prince Harry is rumoured to be planning a proposal to his girlfriend Cressida Bonas by the end of the year.

Insiders have revealed just how close the couple of 18 months are.

They are rarely seen together - he is reportedly trying to protect her from the spotlight - but behind closed doors the pair are getting serious.

According to the Daily Star, the royal security team are making plans for a potential engagement.

A source said: "The way it's looking now people close to Harry and Cressida predict an engagement by the end of the year and a spring wedding.

"Cressida is The One. He's so close to her. All the tell-tale signs are there.

"People have heard Harry talking about how special Cress is and about getting engaged. 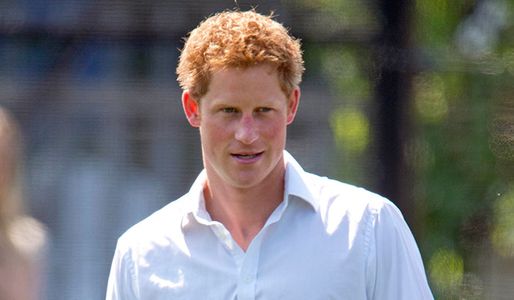 The source added: "He says 'They are all waiting for me to propose any day', then he grins.

"It's his idea of a joke. He takes everything like this light-heartedly.

"We know his true feelings."

The pair made the most of their time away from the public eye this month, with a romantic trip to Africa - the country where his brother Wills proposed to Kate Middleton.

The source added: "Harry can't give her his mother's engagement ring as William has already given it to Kate. But he can show Cressida Africa and tell her about his anti-landmine work, a cause Diana was so devoted to."

Harry, 28, is apparently working hard not to put pressure on the 24-year-old and wanted to bring her to Botswana, to somewhere special to him - away from the press.

The insider insisted: "He is taking a lot of time and trouble to devote so much time to her and see her as often as he can. This romance is different. 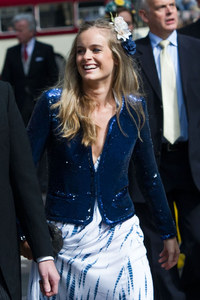