by the editorial team Published on 25 January 2009 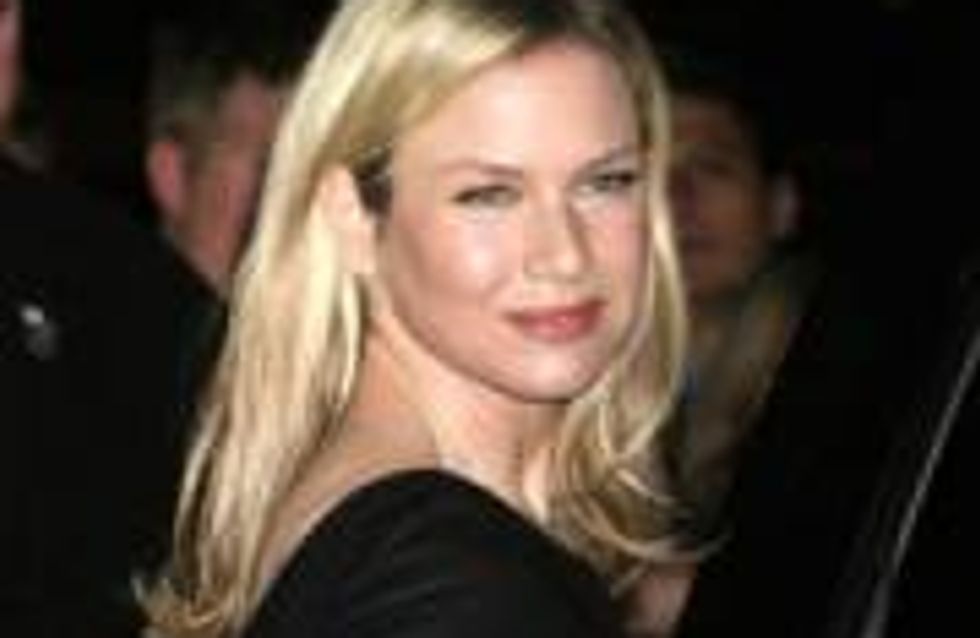 Renee Zellweger says pantyhose saved her life because it was so cold on the set of her latest movie 'New in Town'.

Renee Zellweger says pantyhose saved her life.
The actress was so cold on the set of her latest movie 'New in Town' she wore several pairs of tights under her costume.
She joked: "I never knew pantyhose could be so very important - three or four pairs at a time.
"I never imagined that I would rejoice at the sight of multiple pairs of pantyhose laid out on the bed by the wardrobe people every morning.
"But they were essential. I would not be here today were it not for the pantyhose."
In the movie 'New in Town' Renee plays a wealthy consultant who moves to a tiny rural town and falls in love. It seems she is also having some success in her own love life.
The 39-year-old actress was recently spotted enjoying an intimate meal with MSNBC legal correspondent Dan Abrams at the American Hotel in Sag Harbor, New York.
The couple canoodled throughout the evening, appearing completely at ease in each other's company.
Renee - who has previously dated actors Jim Carrey and George Clooney and White Stripes singer Jack White - has not been in a serious relationship since splitting from her country music star husband Kenny Chesney in 2005, after four months of marriage.

Renee Zellweger puts third Bridget Jones film in jeopardy? by the editorial team
+
All the news about Renée Zellweger
Be the first to see what's going on behind the scenes at Sofem