by Emmy Griffiths Published on 9 May 2015 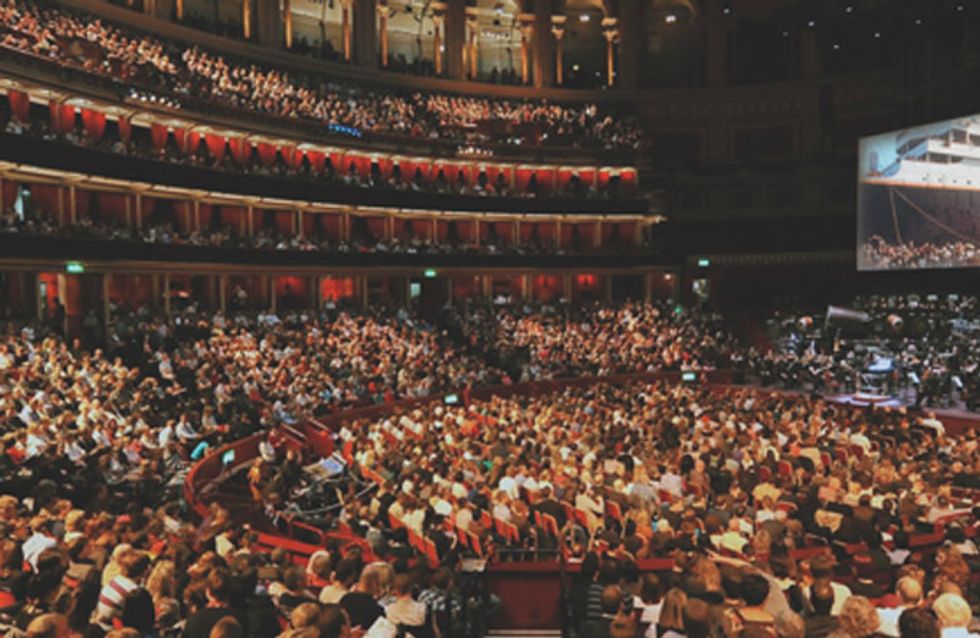 It has been 18 years since Titanic was released and the world is still fascinated and moved by the love story of Jack and Rose on the doomed maiden voyage of Titanic. The movie, which was rereleased in 3D in 2012, has announced a new milestone: a screening of the movie accompanied by a live Orchestra in an entirely new viewing experience. I went along to the World Premiere of Titanic Live to see if the show lived up to the hype.

Seconds in to the Orchestra performing the famous 20th Century Fox fanfare to thunderous applause, I knew I was in for treat.

Although I have already seen the Titanic maybe a dozen times (more like twenty, hey, it's great), and had to actively stop myself from speaking along with old Rose’s “it’s been 84 years” line, this experience really was something else.

Although there's been Titanic 3D, even Titanic The Musical, there's something about a 90-piece Royal Philharmonic Concert Orchestra, alongside the Tiffin Boys Choir and Celtic musicians, which touches an audience in a completely unique way.

From the solo singer who sings as Jack and Rose fall in love to the enthusiastic banjos and bagpipes from the Third Class party scene (which received it's own round of applause because it was AMAZING), the live music sent me from feeling ecstatic to being totally filled with dread and had many audience members actually flinching and clinging to each other when the inevitable iceberg hit.

But the second half, which begins as the crew realises that Titanic will not survive the hit and begins to sink, was what the Orchestra had been waiting for.

The scenes of disaster, from the CGI panic on deck to the old couple holding each other in bed as water starts to rush in, though always hard to watch, had a new edge of horror thanks to the intensity of the music.

The live Orchestra adds a special power and depth to the experience which made me feel like I was watching the movie for the first very time, and with every crescendo my emotions were amplified about a thousand times over.

Watching the show in an incredible venue with a packed out audience brings the experience to new heights; each moment drawing laughter, crying and even cheering (when Rose spits in her fiancé’s face, obviously).

As Titanic Live will be touring across Europe, beginning at the Royal Albert Hall in London lets take a moment to remember some of its success. Titanic won 11 Oscars. It has sold over 128,000,000 tickets worldwide. It has the best selling orchestral soundtrack IN HISTORY, and for the first time ever, you can get to see it performed live and we can confirm that it is glorious.

So, are you ready to go back to Titanic? You should be.

Would you go to see Titanic Live? Tweet us at @sofeminineUK.