Say what? Dwyane Wade fathered newborn son while on break from Gabrielle Union

by Vivian KELLY Published on 31 December 2013 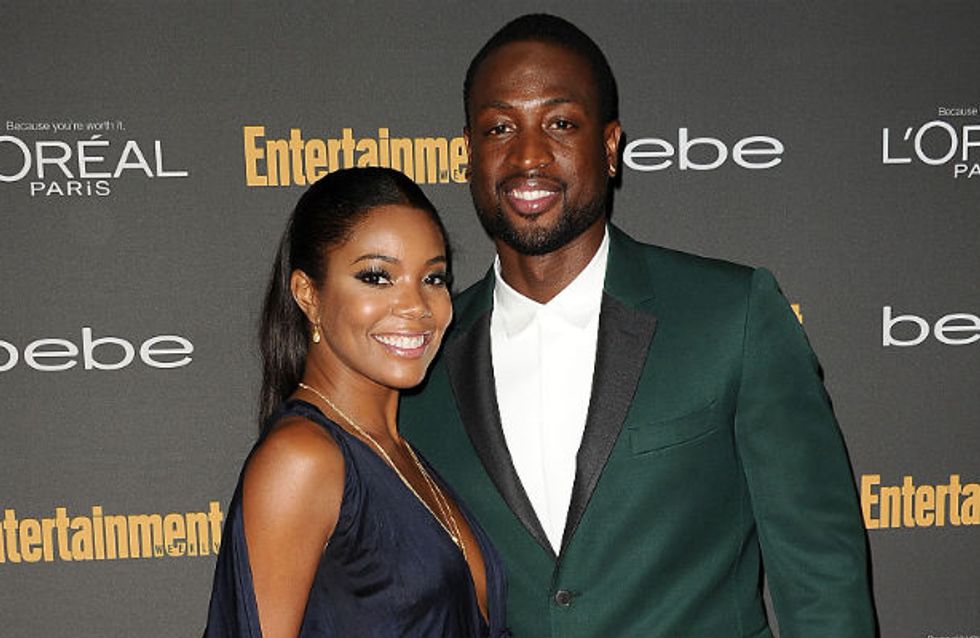 Dwyane Wade, 31, announced on Monday, Dec. 30 that he fathered a newborn son while outside relationship with fiancée Gabrielle Union. In what we thought was an immediate baby drama situation the pair have remained stronger than ever even calling his son a blessing! Now that’s one super happy family...

The NBA player confirmed he's the baby daddy to a little boy (born one month ago) who he had with another woman outside his relationship with long-time GF, Gabrielle whom he proposed to last week.

During an evening press conference on Monday the pro basketball player revealed, "I had a time, a part in our break, in our pain and our hurt, a blessing came out of it in my life, having a son that was born healthy.

The pair have been working through the matter looking at the life changing event as more of a blessing than anything else.

He added: "But, like I said, this is something, obviously, private for my family that we will continue to deal with as a family. But we have a blessing to the bloodline, to the Wade bloodline."

The Think Like a Man actress has reportedly known about his relationship with the other woman and has been working through the matter “privately” with D-wade.

According to Entertainment Tonight, Dwyane said he's known his baby’s momma for “many years” confirming it wasn’t just any random hook-up.

The Miami Heat star is no stranger to parenthood either. He’s also father to children Zaire and Zion whom he had with his ex-wife Siohvaughn Funches (who allegedly suffers from drug addiction).

After a nasty 3-year custody battle D-wade was finally awarded sole custody of his children as well as his nephew.

As an experienced Dad the NBA star felt inspired to share how being a parent has changed his life authorising bestselling book, A Father First: How My Life Became Bigger than Basketball.

The love duo have dated since 2009 when he eventually divorced his wife of 11-years, Siohvaughn.

However, it wasn’t until their “break” earlier this year that ultimately led to the birth of his newborn son.

Despite the shocking revelation, the couple have kept a united front looking super loved up in their recent in engagement photos that were published last week on social media.

Gabby and the kiddos all live together in Florida.

In July the NBA star told Oprah Winfrey, "We're a family, and we're growing as a family every day. And I think that's the great thing about it.

"We have so much more room to improve as a family and it's awesome."

2013 is a big year for these two! We’re glad D-wade and his soon-to-be-wifey are staying strong!

What do you think of the shocking baby news? Tweet us @sofeminineUK