Scarlett Johansson is pregnant! A look back at ScarJo’s story, from debutante to future Hollywood power mom

by the editorial team Published on 4 March 2014 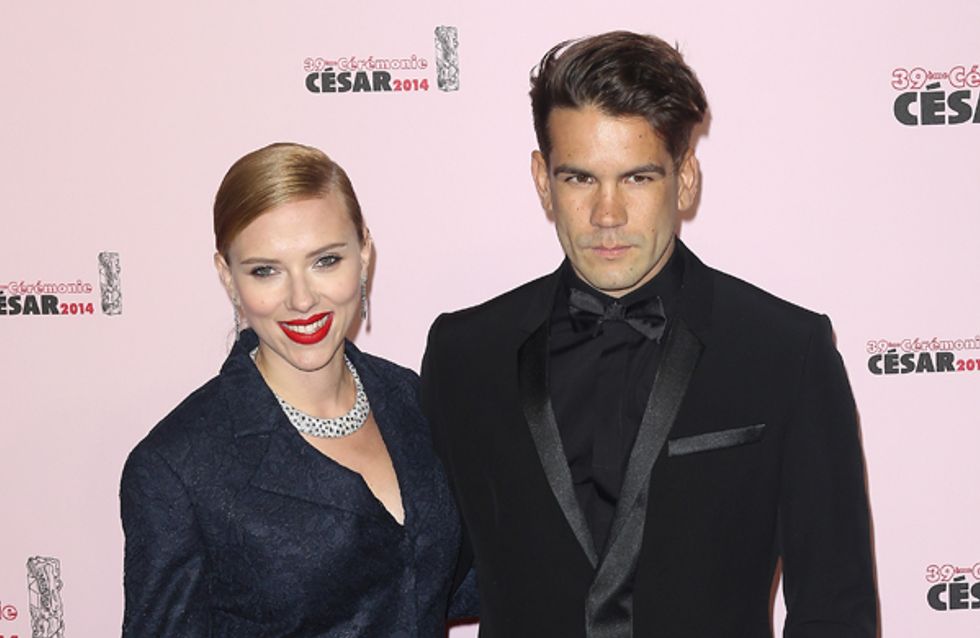 The Black Widow herself is pregnant! Actress Scarlett Johansson is expecting her very first child with fiancé Romain Dauriac. Scarlett has been in the Hollywood spotlight for years, but that doesn’t mean there haven’t been bumpy roads. We’re taking a look back at ScarJo’s story, from her breakout adult role in Lost in Translation, her marriage to Ryan Reynolds, her evolution into a sex symbol and everything in between!

Scarlett made her film debut at the age of nine, in the 1994 fantasy comedy North. For years, she was an American sweetheart, and was nominated for several critical awards for her performances. In 2003, at the young age of 18, she began a transition into more adult films with her role as Charlotte in Sofia Coppola’s Lost in Translation. Opposite Bill Murray, Scarlett played a lonely, young wife in Japan, and was nominated for her very first Golden Globe award. She even won a BAFTA award for Best Actress in a Leading Role.

Scarlett Johansson Debuts Baby Bump: Our Fave Celeb Pregnancy Reveals Ever!
Hollywood is experiencing an epic baby boom! It seems every day brings a new celebrity pregnancy announcement; and we're not complaining. Sultry Scarlett Johansson is one of the latest stars to join the growing list of expectant mums. Last night, at the Captain America: The Winter Soldier Hollywood premiere, she gave the world its first look at her burgeoning bump.
Loading...

ScarJo earned two more Golden Globe nominations, for her roles in Girl with a Pearl Earring and A Love Song for Bobby Long, before teaming up with director Woody Allen and costar Johnathan Rhys-Meyers for the film Match Point. With this film, Scarlett began climbing the ranks of Hollywood as not only an absolute sex symbol, but also as a beautiful woman with talent. Her role as Nola in the film earned her a fourth Golden Globe Nomination.

Scarlett’s claim to fame just kept rising from there! In 2006, the young actress took on the role of Olivia opposite star actors Christian Bale and Hugh Jackman in The Prestige. The film, headed by Dark Knight director Christopher Nolan, received both critical and box office acclaim, but did not bring any award nominations for the actress.

Her acting career wasn’t the only thing heating up. Scarlett’s personal life was most certainly on the up when she began dating Canadian actor Ryan Reynolds in 2007. On September 27, 2008, the couple married in a quiet ceremony in British Columbia and soon moved into their new home near Los Angeles. Don’t these two look too good to be true together?!

He’s Just Not That Into You

In 2009, the ever popular rom-com He’s Just Not That Into You brought together some of America’s favorite actors and actresses: Jennifer Connelly, Bradley Cooper, Drew Barrymore, Jennifer Aniston, Ben Affleck, and Ginnifer Goodwin. Scarlett plays the “other woman,” Anna, who falls for Bradley Cooper’s married character. Despite the relationship’s inevitably unhappy ending, Scarlett once again got a chance to show off her comedy chops!

“A View From the Bridge”

Scarlett took her acting career to the stage in 2010, when she took up the role of Catherine in the Broadway drama “A View from the Bridge,” opposite Liev Schreiber. ScarJo received a Tony Award for Best Performance by a Featured Actress in a Play, ticking off some more seasoned Broadway performers.

In December of 2010, Scarlett and Ryan Reynolds announced that they would be separating, breaking the hearts of their respective fans. The divorce was finalized in July 2011. Ryan has since moved on and married the gorgeous Gossip Girl actress Blake Lively.

ScarJo first appeared as the fierce, kickass Natasha Romanoff, aka Black Widow, in the 2010 sequel film Iron Man 2. She took up the role again in 2012 blockbuster film The Avengers. Scarlett traded in her signature golden locks for shiny red curls, and no one else can make black leather look so good while taking down a horde of bad guys! She is slated to play Black Widow again in upcoming films Captain America: The Winter Soldier and the sequel Avengers: Age of Ultron.

Scarlett’s most recent film to gain critical success was the 2013 Spike Jonze drama Her, where she voiced the artificially intelligent computer Samantha. Many have praised Scarlett’s performance as truly bringing the technological character empathy and life through her sweet voice.

In November 2012, Scarlett began dating her now fiancé, Romain Dauriac, the owner of an independent advertising agency. The two became engaged in September 2013, and now they are expecting their first child. Congratulations, Scarlett!