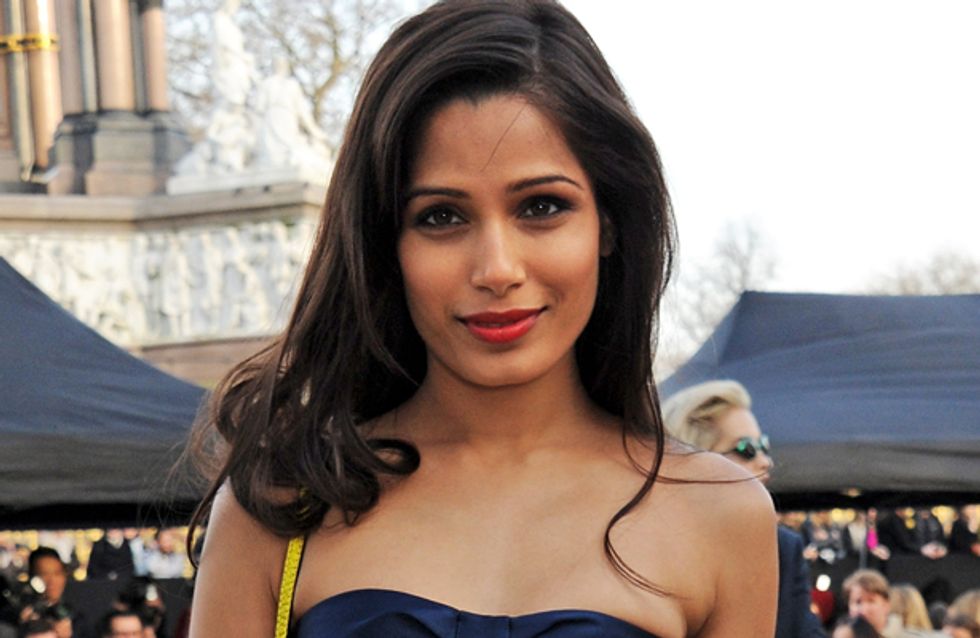 You might expect to see some of your favourite celebrities getting sexual or baring it all – like Miley Cyrus hanging off of a wrecking ball for example – but we were quite surprised when we heard actress Freida Pinto was stripping down for Bruno Mars’ “Gorilla” music video.

The “Slummdog Millionaire” actress, known for playing a sweet young girl in love, poses as a hardcore stripper who is in the midst of a love affair with Bruno Mars in his newest video, “Gorilla.”

The 28-year-old plays a newbie dancer named Isabella who evokes envy in the other women at the joint. Actor Luis Guzman also makes a cameo as the shady club owner who introduces Pinto’s character as “the new girl in town” before she seductively writhes on stage.

Bruno Mars nails it at Super Bowl Halftime show with Red Hot Chili Peppers
One of the most looked-forward to aspects of Super Bowl Sunday is the halftime performance. In the past we've seen greats like Michael Jackson, Madonna, U2, and Beyonce take the stage. This year, we were excited to see a classic American rock band, The Red Hot Chili Peppers, team up with one of the newer kids on the block, Bruno Mars. The combined forces made musical magic. Take a look!

During the video, Pinto slides down a stripper pole, drops into a split and dances around the floor as dollar bills are thrown at her. The other strippers, who refuse to let Pinto get away with taking all of the cash, make a plan to expose her love affair with the strip club’s band leader, who is played by Mars.

The lyrics prove to be just as provocative as the video. “You and me baby making love like gorillas,” Bruno sings, “..And you’re screaming give it to me baby, give it to me motherf---er.”

Mars and Pinto are seen passionately making out in the backseat of a car, and toward the end of the six-minute video Pinto gets onstage and takes the 28-year-old singer’s guitar from him before pouring tequila on it and lighting it on fire (talk about getting steamy). When the roof sprinkler turns on, Pinto is seen standing in lingerie, water raining down on her. It doesn’t get much sexier than that. 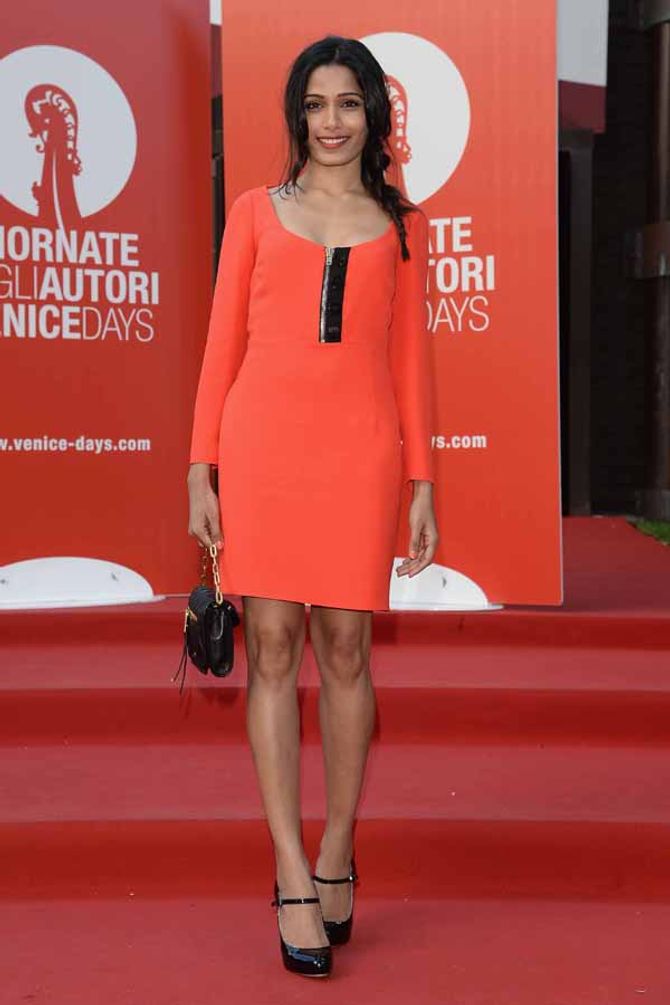 Mars co-wrote the song with Philip Lawrence Ari Levine for his album “Unorthodox Jukebox” and also directed the clip. “Gorilla” is Bruno’s fourth single from the album; the record’s first two singles, “Locked out of Heaven,” and “When I Was Your Man,” both hit number one on the charts.

Mars’ new music video comes on the heels of Rihanna’s recent stripper inspired music video, “Pour it Up,” which is receiving heat for its raunchiness and hypersexualization of women. Singer Charlotte Church criticized Rihanna’s performance, saying that the music industry is male dominated with “a juvenile perspective on gender and sexuality,” according to the Guardian newspaper.

But is Rihanna’s sexy video anything new? Just think back to Britney Spears’ “I’m A Slave 4 U” video or Christina Aguilera’s “Dirty” performance. Rihanna and Miley, who continues to get slammed for her suggestive VMA performance and her provocative music videos, are just taking a cue from yesteryear’s super-sexual popstars. And judging by the media frenzy surrounding the two, what they’re doing is clearly working.

For now, it looks like celebrities are going to keep shocking us with their suggestive sexual performances.

Were you surprised by Pinto’s suggestive music video cameo? What about badass Rihanna’s portrayal as a stripper? Who do you think will be next to play out the stripper fantasy on camera? Tweet us @sofeminineuk