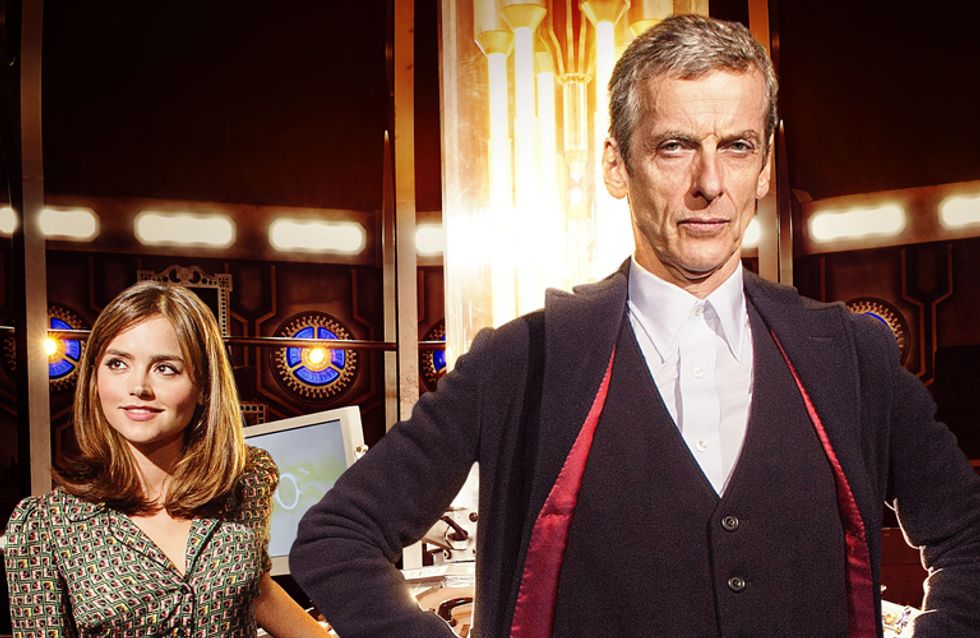 Doctor Who is a long-running sci-fi show about a hyperactive alien who excels in one-liners. Nerdy? Most definitely yes, but it probably has one of the most loyal and dedicated fan bases of any TV show, and for good reason. It’s funny, exciting, and can be unbelievably dramatic. Here’s why, unlike Amy Pond, we are NOT prepared to wait much longer for the new season of Doctor Who!

1. Once Doctor Who starts up, it becomes more than a TV show

2. It’s like meeting up with an old, mildly irritating friend

3. Who in turn has that new friend you’re not quite sure how you feel about

We’re looking directly at you Clara.

4. Although this time there’s going to be a male companion as well. The actor’s name is Samuel Anderson, and he is a BABE.

5. Peter Capaldi has also taken over Matt Smith as the Twelfth Doctor

6. We reckon we’re going to know if we love him or hate him within the first ten minutes

7. Although of course we’re going to love him, he’s Peter Capaldi

8. Although, unlike The Thick of It, he's going to have to watch his mouth!

10. Basically, get ready for the Doctor to be mean

Moffat said: “The last two Doctors…have been your ‘good boyfriend’ Doctors. But the Doctor isn’t always like that. There is the sort of Tom Baker, Christopher Eccleston end of the spectrum, where he is mad and dangerous and difficult.”

11. Since all the mysteries from previous seasons are now solved, you have a new Moffat mystery to look forward to

They have been good in the past despite poorly tied up, right?!

12. Oh, and there’s a Robin Hood episode with the rumoured title “Robots of Sherwood.”

13. You may have already started making predictions from the set photos

14. And have stolen glimpses of the new Doctor through fuzzy, fan filmed footage

15. Not to mention that poster you may or may not have of Capaldi’s eyebrows on your wall

They are a thing of beauty.

16. Plus, Charles Dance and Richard Madden are rumoured to be guest-starring

AKA Game of Thrones’s Tywin Lannister and Robb Stark. Looks like Winter is Coming to Doctor Who!

17. Of course, Alex Kingston could also be making an appearance

The new Doctor versus River Song could definitely be worth watching.

18. Clara is going to find out more about the TARDIS

Moffat said: “Those persky humans who keep following him home are usually content to stumble about, saying ‘it’s bigger on the inside’ and remain sufficiently in awe of the Police Box magic never to question it. But clever, sceptical, hard-to-impress Clara might just cause trouble. It’s almost like it’s all building to something…Oh! What’s this I’m writing today?”

He enjoys teasing, that Moffat.

19. It starts on 23rd August, and we’re already counting down the days

Not long to go now!

Not seen it yet? Watch it here!

Excited yet? We know we are! Tweet us with that you think about the new Doctor @sofeminineUK