by Emmy Griffiths Published on 8 January 2016 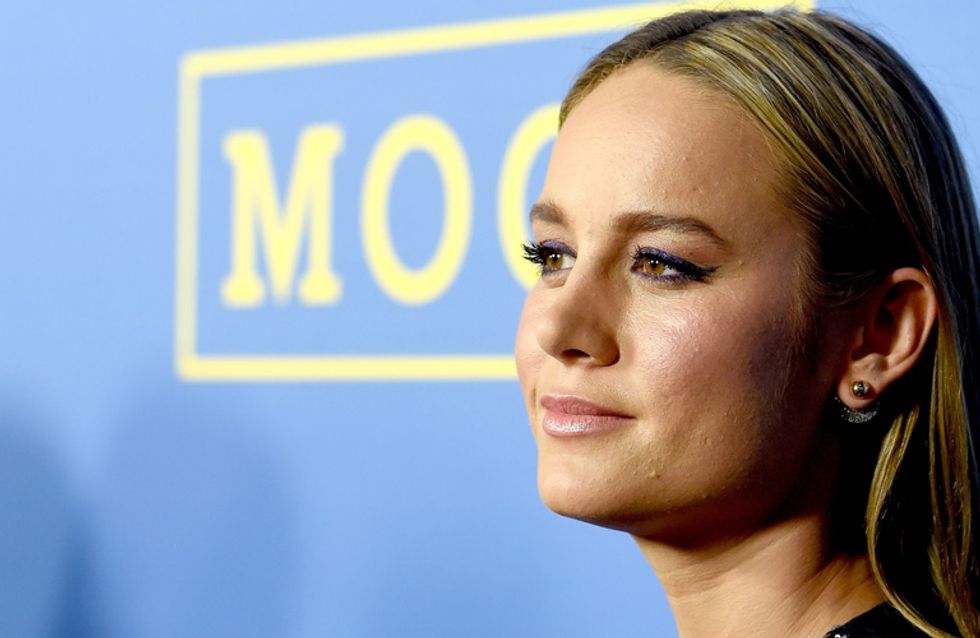 It's always a little bit satisfying when you know about something or someone before the mainstream gets hold of them and the world becomes obsessed. The BAFTA 2016 nominations for the EE Rising Star Award have given a nod to their favourite five newcomers, so here's everything you need to know about the five actors who are about to become the next best thing in Hollywood...

Playing a teenage spy in CBBC's M.I.High, 23-year-old Bel Powley is already well known with the younger generations, and you may recognise her from ITV's comedy Benidorm where she plays party girl Bianca Dyke. However, in 2015 she appeared in her first breakout role as the star of The Diary of a Teenage Girl, where she plays cartoonist Minnie who, eager to lose her virginity, begins to have an affair with her mother's boyfriend.

The movie has been critically acclaimed and has been an "overwhelming" experience for Bel, who was thrilled by her involvement. Speaking The Telegraph, she said: “I’m not bigging myself up, but I feel so proud of it and what it’s doing for young women. I want loads of girls my age to go and see it and share my experience.” Speaking of her BAFTA nomination, she said: "I've watched and respected the BAFTAs and the EE Rising Star Award since I was very young, so I can't quite believe this is happening! I am incredibly thankful to the jury and to BAFTA for recognising my work. I really love what I do."

Brie has been in the Hollywood scene for a while now, albeit never quite hitting the big roles. But besides a role as the love interest in 21 Jump Street, Brie's most well known roles include playing Amy Schumer's uptight sister in Trainwreck, and Envy Adams in Scott Pilgrim Vs The World.

However, her starring role in the critically acclaimed Room as the captive mother who lives to protect her son may not just send her into instant stardom, but could also see her with an Oscar nomination for Best Actress. Site including IndieWire and Variety have predicted she will be nominated, and speaking of the Oscar rumours, she told The Guardian: ""Suddenly there's this weird spotlight on you and it's a vomit of gold coins. It's wonderful, but it doesn't feel real." Room will be out in cinemas on Friday 15th January.

Dakota may be best known for her role as the timid Anastasia Steele in 50 Shades of Grey, but the versatile actress has starred in five movies including Johnny Depp's gangster biopic Black Mass, Shakespeare's Cymbeline and is due to appear alongside Rebel Wilson in the upcoming rom-com How to Be Single.

Although 50 Shades of Grey may be considered controversial, Dakota has seen nothing but praise for her treatment of the role and it's subject matter, and has been described by the director Sam Taylor-Johnson as "utterly fearless." Speaking to Vogue about her sudden stardom, Dakota said: “I think about my dwindling anonymity, and that’s really scary because a very large part of me would be perfectly happy living on a ranch in Colorado and having babies and chickens and horses—which I will do anyway.”

Perhaps the quickest to rise to the top of Hollywood in the list of nominees, John Boyega dwindled in TV shows and movies, most notably Attack the Block, before being cast in Star Wars: The Force Awakens. Not only did his character receive instant popularity with fans, but Harrison Ford himself has said he will have "a wonderful career" after playing the ex-Stormtrooper, Finn.

Speaking of his BAFTA nomination, John told Vogue: "It feels great, of course. Especially to be alongside the other amazing talents who are in the category. It's very flattering. I've been to BAFTA before actually, but it will be amazing to be there as a nominee. I've not prepared a speech or anything though, definitely not, it doesn't feel real at the moment."

Taron hit the big time with the success of Kingsman: The Secret Service, and has gone on to appearing in the critically acclaimed Legend, along with the title roles in Eddie the Eagle and Robin Hood: Origins. Basically, the boy is on his way UP. He told BAFTA: "I am delighted to be nominated for the EE Rising Star Award. It is such an honour to be recognised in this way and I am proud and excited to be following in the footsteps of some incredibly talented previous nominees.

It is a people's choice award so you get to vote for your favourite! Head over to the EE Rising Star Award site to cast your vote.

Check out the rest of the BAFTA nominations here...

The Big Short
Bridge of Spies
Carol
The Revenant
Spotlight

Inside Out
Minions
Shaun the Sheep the Movie

Bridge of Spies
Ex Machina
The Hateful Eight
Inside Out
Spotlight

Who do you think will win? Tweet us @sofeminineUK!