by Emmy Griffiths Published on 24 January 2014 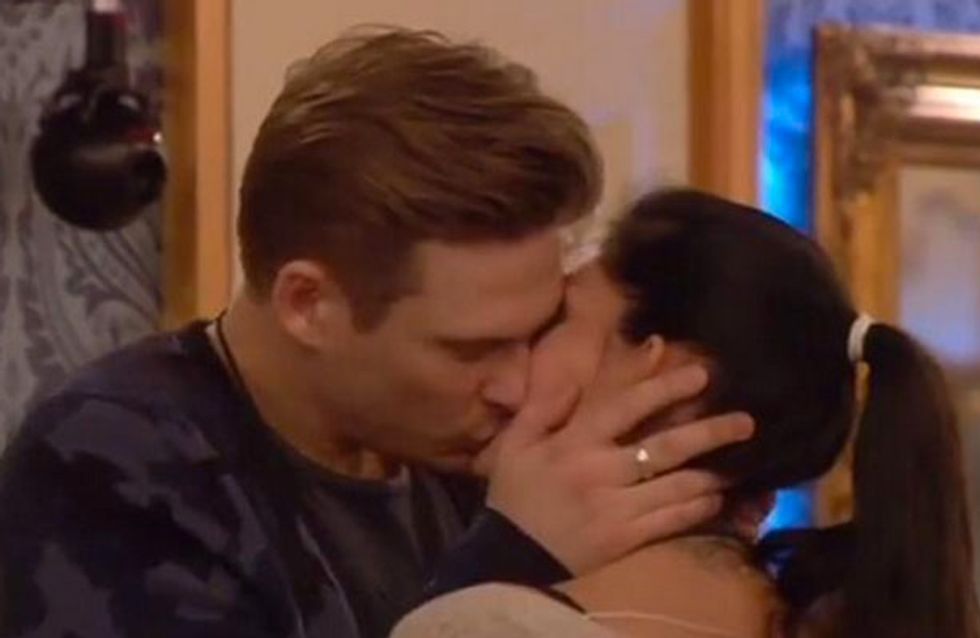 Showmance. When celebrities hook up on reality shows because they - correctly - know they will get some sweet magazine deals and a host of new Twitter followers are if they snuggle together and smile and possibly one day have a fairytale wedding with a press tent. These romances hardly ever work out, and we all know that they’re as fake as Heidi Montag’s face, but it doesn’t stop us being utterly fascinated in their love affairs!

The cheeky TOWIE star and the model hooked up in the jungle on I'm a Celebrity, Get Me Out of Here, then rapidly chatted to a few mags about their blossoming relationship, with Joey telling Heat: “She actually is a nice, genuine girl. There’s not many girls like her out there. I’ve never met anyone like Amy – she really is in a different league. She’s very different to any girl I’ve ever met and I like that about her. My dad really liked her, too.”

However, before fans had finished liking Amy’s loved up snaps on Instagram, the romance was over.

Jamie was totally head over heels with Lucy for the whole of series 6 of Made in Chelsea, and Lucy rebuked Jamie over and over again until he eventually showed up in a horse and carriage, and she admitted she felt something and the two kissed and rode off into the night. At the aftershow party ONE WEEK LATER, the pair admitted that they were in no way a couple. Ah, true love.

The basketball player and reality TV show star were hitched and ditched in 72 days. It was surmised (not surprisingly) that the marriage was merely a stunt to promote the Kardashian family’s brand and their television ventures. We’re hoping that Kimye will be a little more substantial!

The Hills stars Spencer and Heidi - ‘Speidi’, if you will - hooked up in The Hills and got hitched in 2005 until 2010, then Heidi filed for divorce, then she dropped the case, confessing that they just did it to get attention. To be fair, this couple have lasted the test of time, but they definitely win the award for most infuriating couple of all time.

After finishing in third place in the X Factor, One Direction 16-year-old young’un Harry Styles hooked up with TV presenter Caroline Flack, who was 15 years his senior. The relationship didn’t last too long though, and Harry dove into a relationship with Taylor Swift that also lasted five minutes.

Can we just take a moment to freak out about this?! If celebs have this much trouble there’s no hope for us!

In the second series of The Only Way is Essex, Joey and Sam started going out with one another, only to break up off screen at the end of the series. They got back together, then finally they got engaged during series 8, only to break up for good in the ninth series. It was great television though, we’ll give them that!

Alex Reid did well off his short-lived relationship with Katie Price. The pair got hitched one month after he won Celebrity Big Brother back in 2010, and parted ways in March 2011. Just a few months later, history repeated itself (absurdly) as Alex got engaged to Celebrity Big Brother winner Chantelle Houghton before the pair split up. Perhaps they couldn’t get a magazine deal on their wedding?

Andy and Louise hooked up on Made in Chelsea in spite of having very little in common with each other and pretty much nothing to talk about. The pair split it when Andy found out Louise slept with a mysterious profilic boyband member (cough – Niall Horan – cough). Never mind Andy, it was going anywhere anyway!

Our latest favourite showmance that is sure to crash and burn, Lee Ryan and Jasmine Waltz’s whirlwind Celebrity Big Brother House romance was a series of sordidly escaping to the loos and coming out looking guilty and ashamed, almost as if YOUR CHILDREN ARE WATCHING OR SOMETHING LEE RYAN, and rubbing their new love in Casey Batchelor’s love stricken face. We’re excited about their reunion once Lee is out of the house.

Before Chantelle got involved with Alex Reid, she met Ordinary Boys singer Preston on Celebrity Big Brother. The two were hitched, and a few months later Preston stormed off Never Mind the Buzzcocks after his relationship with Chantelle was hilariously (we mean brutally) mocked. The pair divorced less than six months later.

Which is your favourite showmance couple? Tweet us @sofeminineUK