The Most Beautiful Coming Out EVER: See Stunning Photos of Trans Model, Andreja Pejic

Andrej who? The devastatingly gorgeous model has come out as transgender. Even before her transition, Andreja's cheek bones, powerful stare, and lithe figure made her a perfect muse for designers and photographers. To congratulate her coming out, let's take a pictorial journey through her impressive career - one that shows a woman growing more confident with each camera flash.

Australian Andreja Pejic became a high-fashion darling in 2011 when she rocked womenswear for Jean Paul Gaultier and Marc Jacobs runways. Her androgyny was a welcomed surprise and she was sought after by A-list photographers, designers, and magazines. She enjoyed a lot of success modeling both men and women's fashion.

​At the time she identified as a male model but, as she revealed in an interview on Style.com, she had always known who she really was at the ripe age of thirteen and understood that a momentous surgery would be in her future.

Nine years later, the 22 year old, Andrej, added a subtle but life-changing "a" to her name and re-introduced herself to the world as Andreja Pejic. She then exclusively announced to People.com that she had undergone sex reassignment surgery earlier this year to complete her transition. We applaud her bravery and willingness to become a role model for all women! 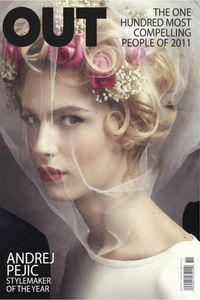 What do you think of Andreja's journey? Tweet us @sofeminineUK

We Thought These Were Just Pretty Paintings... Then They Blew Our Minds!

Are These The Most Amazing Street Art Pictures Of All Time?

Carla Cain Walther
…
From hair ideas to outifts, look no further for your daily inspiration