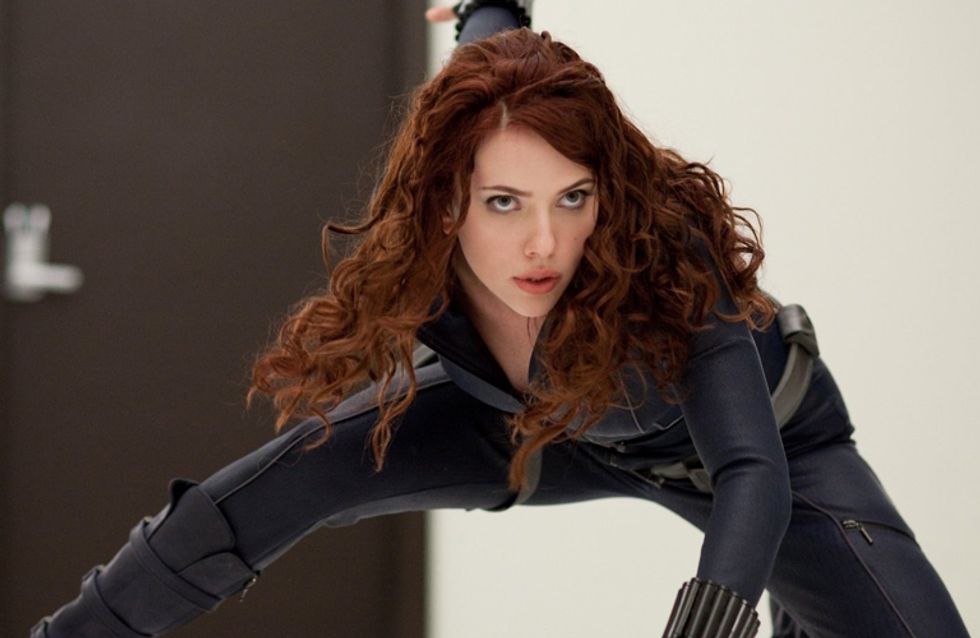 Today was a treat for all superhero fans as Marvel (widely known as the don of all superhero movies, sorry DC comics), announced their upcoming line up of movies for the next few years. Whilst on one hand we’re drooling at the thought of all these new, presumably awesome blockbusters, there’s one tiny little problem…

What’s it about? A petty criminal played by Paul Rudd gets made into a tiny Ant-Man and becomes a superhero.

Female protagonist? Nope, though Natasha Romanoff (Black Widow) will be appearing in the movie since, because once again, she’s been denied her own.

What’s it about? Doctor Strange is a Sorcerer who must protect the world against all sorts of magical goblins and ghoulies.

Female protagonist? Nah, Doctors can only be men. Lolz.

What’s it about? The misfit band of losers team up once more to guard the galaxy.

Female protagonist? Green-skinned Gamora is the only girl in this fantastic five, which is led by protagonist Peter Quill AKA Starlord. So, no.

What’s it about? The third in the Thor franchise, and the counts on fingers, FIFTH outing for Chris Hemsworth as the mighty Thor.

Female protagonist? Presumably Natalie Portman will need protecting again and we’ll be blessed with another one of these delightful posters.

What’s it about? To be played by Chadwick Boseman, The super smart super strong super everything Black Panther is the first black superhero to have his own movie.

What’s it about? The Avengers presumably save the world from Ultron, but have bigger problems on their hands.

Female protagonist? There’s the Black Widow who works along Hawkeye, Thor, Iron Man, Captain America and the Hulk. Oh, and there’s an agent named Maria Hill, so that’s nice. Besides that, this is pretty testosterone fuelled.

What’s it about? Captain Marvel’s powers include flight, super strength, and the ability to shoot out energy at people.

Female protagonist? YES. YEEEEES! Only eleven years after the first ever Marvel movie was released, protagonist Carol Danvers has been given a film all of her very own.

What’s it about? Inhumans follow a group of genetically altered humans who have formed their own society, specifically following the lives of the Inhuman Royal Family.

Female protagonist? Well, there’s a girl whose hair has the ability to stretch, and her sister who can control the elements (awesome), but sadly they are secondary to their figurehead, Black Bolt.

Despite appearing in (takes deep breath) Iron Man 2, Avengers, Captain America: Winter Soldier and will be in Avengers: Age of Ultron, and Infinity War Part I and II, it seems that the big wigs of the Marvel studios have deemed it fit not to give the Black Widow (Scarlett Johansson) her own superhero movie.

We know that typically in comic books the protagonists are male-focused, but when ONE movie in TEN features a female protagonist, we can only shake our heads. Or should we be grateful that they’re at least making one for us girls? Eye roll.

Do you think Marvel has underrepresented women in their new announcement? Tweet us @sofeminineUK!