Tom Hiddleston And The Other Hottest Vampires To Grace Our Screens 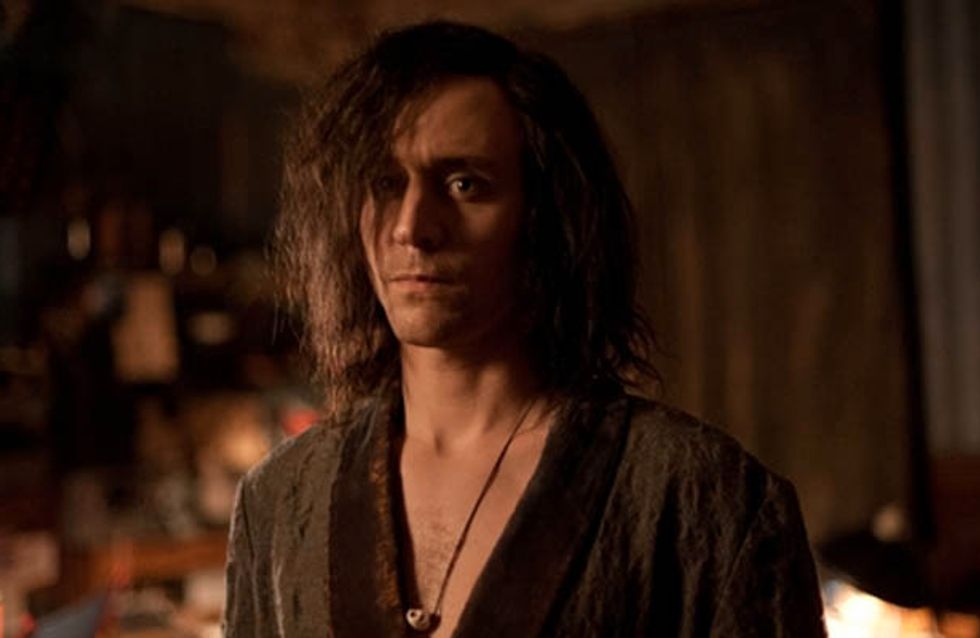 Tom Hiddleston. Brad Pitt. Robert Pattinson. So many gorgeous actors have played the creepy undead onscreen, and for some bizarre reason we find their pale, blood-drinking characters endlessly attractive. But which are our favourite sexy vampires that we'd happily have creepy vampire babies with?

Back in the nineties, when Tom Cruise was still really sexy and hadn’t heard of Scientology, he played the sociopathic vampire Lestat. Yes Lestat was evil, but did he look good? Yes. Yes he did.

Jasper always looks like he’s trying to resist eating everybody up for breakfast, and for some reason we find his self-restraint endearing and attractive.

Bill Compton is a classic southern gentlemen, and there is something very Colin Firth-y about him prancing about in his white shirts trying to save the day. We approve.

Emmett has the most amazing muscles we’ve ever seen on a man. Don’t believe us? Kellen Lutz, who portrays him in the Twilight saga, is Hercules in The Legend of Hercules, which is being released in 2014. Needless to say, the boy looks abtastic.

Henry is Lincoln’s vampire slayer mentor, despite being a vampire himself. He was played by Dominic Cooper. Yes, the hot guy from Mamma Mia, The Duchess and Captain America.

Carlisle is a total DILF, and he’s a nice, soft-spoken guy who we’d be happy introducing to our parents.

Nothing wrong with bleached blonde hair if it comes along with a heavy side of sarcasm and a posh accent.

Now this is one vamp that has a big problem keeping away from human blood, legitimate vampire style. This guy needs to lay off the sauce. Thing is, he’s so hot when he’s in evil Stefan mode and drinking everyone’s blood. We feel very conflicted feelings about him.

Dean Winchester briefly turns vampire in Supernatural but that’s ok, he still looks like he should be on America’s Next Top Model, even with fangs.

Making stalkers sexy since 2005, Edward Cullen of Twilight fame is probably the most obvious on our list, even though we would like to question if he really is a vampire if he glitters in the sunlight, doesn’t drink human blood and doesn’t have fangs. Ah whatever, he’s so sexy.

Damon is the bad boy, and he knows it. And we know it. And we love it. That’s why things get so good when he starts trying to change himself when he falls for Elena. Nothing hotter than a rehabilitated bad guy!

So much broad shouldered brooding. So much sexy angst. The only con with this one is how his face looks like a furrowed troll's when he goes lustful for blood. It’s not pretty.

In the romantic drama Only Lovers Left Alive Tom Hiddleston plays Adam, a brooding reclusive musician. Since Tom Hiddleston has shoulder length hair, wears sunglasses and pretty much lounges around in his house doing nothing but playing music all day, he firmly tops our sexy vampire list.

Missed your favourite undead fella out? Tweet us @sofeminineUK

Daniella Westbrook
by the editorial team