Since series six ended last week, stars of The Only Way Is Essex have jetted off to sunnier climes (we don't blame them) for a break.

But this lot don't like to be away from the camera for long - so they've taken the chance to share a few of their holiday snaps with us via Twitter. 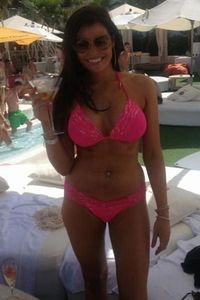 Jessica Wright - girlfriend of Ricky Rayment - is currently on a party holiday in Ibiza. And don't we know it.

The 26-year-old has posted a string of photos of herself on nights out with friends, plus one of her in a bright pink bikini.

She wrote alongside the snap: "Hello Ibiza I have arrived."

Meanwhile, Billi Mucklow looks to be having a rather lovely time in St Tropez.

The blonde Bikram Yoga teacher has also uploaded a number of snaps of herself in the sun, including one in which she's on-board a boat.

She tweeted: "Love Life Live! I love my life x."

Co-star Billie Faiers is also in Ibiza, while Ricky Rayment has "just landed" in Amsterdam.