Was Sarah Hyland groped by a fan at a Modern Family event?

by the editorial team Published on 21 February 2014 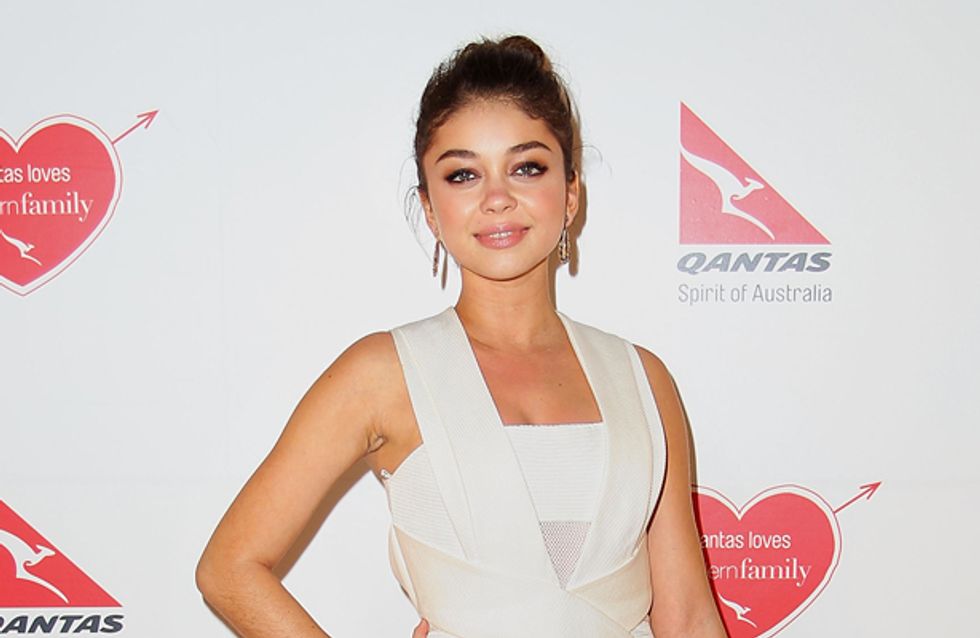 While out at an event for Modern Family in Sydney, Australia, 23-year-old actress Sarah Hyland was asked by a male fan to pose for a picture. No big deal, right? That is, until the man proceeded to allegedly grope Sarah’s breast. She was clearly shaken and left the event early, thought she did make an apology to her fans on Twitter for her departure. Nothing like sexual harassment to ruin an evening!

Modern Family actress Sarah Hyland was attending an event hosted by Qantas on Thursday night with the rest of her television family when she was forced to leave early.

A 29-year-old male fan asked Sarah to pose for a picture, then allegedly groped her chest. Sarah immediately called over the private security guards, and according to E! News, yelled “Don’t touch me there!”

A spokesman for the New South Wales police says that the man was arrested after police were called to the event on reports that a woman had been indecently assaulted. The assaulting fan is now out on bail to appear in court on March 14.

Sarah was clearly shaken up by the ordeal and left the event early. She quickly took to Twitter to apologize to all the fans at the event, saying “Sorry to all the fans outside the #qantas event that I didn’t get to say hi to but I had to leave due to an inappropriate touch of a fan.”

The young actress’ notoriously overprotective boyfriend, Matt Prokop, was not nearly as polite in his Twitter comments. He wrote, “To the a**hole who assaulted Sarah tonight I hope to god you don’t see next week.”

To the asshole who assaulted Sarah tonight I hope to God you don't see next week.

All Sarah wanted to do tonight was say hi to the girls who were waiting outside one douche can ruin it for everyone. Goodnight.

The cast of Modern Family has been Down Under since Tuesday, according to Australian newspaper The Sydney Morning Herald, and is expected to spend two weeks there shooting scenes for a holiday episode.

From the looks of their social media accounts, the Modern Family cast was having a fantastic time in Australia before the unfortunate incident. Sarah posted pictures to her Instagram account of her out with fellow actresses Sofia Vergara and Ariel Winter, saying “Here’s to ladies who lunch.”

She also took a trip to an aquarium Wednesday with cast members Rico Rodriguez and Ariel Winter.

Hopefully Sarah’s recent ordeal won’t keep her from having more fun down under!

What do you think of the whole incident? Tweet us @sofeminineUK.