As a warning to all those thinking about getting a tattoo – think carefully about whether you will still want it in a few years, otherwise you might have to undergo painful tattoo removal like Kelly Osbourne! The Fashion Police star has shared with her fans a video of her first laser treatment – and by heck does it look like it hurt!

Kelly Osbourne is from the first family of rock, so it’s no surprise that she’s gotten a few tattoos over the years. Fifteen to be precise.

But she’s no longer the grumpy, chubby teen rebel that she was on MTV’s The Osbournes, having transformed into a glamorous and slim presenter on E! Entertainment’s The Fashion Police.

The 29-year-old reality star is clearly no longer keen on her colourful and cartoonish tatts, and so she is undergoing the lengthy and painful process of having them lasered off.

Perhaps as a warning to all, Kelly decided to share short vid of herself on Instagram having the treatment on the colourful keyboard design on her arm, and it’s a pretty shocking watch.

Kelly can be heard making involuntary noises in reaction to the pain, as the person giving her the treatment tries to encourage her by saying: “You’re doing really good!”

She realises that she brought it all on herself though, captioning the video: “I did the the crime I am now doing the time! #NoPainNoGain.”

Earlier in the day the lilac-haired beauty revealed that she was terrified of having the laser, writing on Twitter: “Not looking forward to this afternoon…I’m getting my first tattoo removal! It’s going to burn like the snap of 1000 rubber bands!”

Kelly is rumoured to be tying the knot soon with her fiancé Matthew Mosshart, so perhaps she’s keen to get rid of the inkings in time for her big day.

Back in 2010 the fashionista told Closer magazine that she regretted a lot of her body art.

Speaking about her tattoos, Kelly said: “Some still have a special meaning, like the matching ones my brother Jack and I have of each other's names, but I now feel like some were a mistake.

“[Getting them removed] will take several months, and while I'm not looking forward to the pain, I've heard it hurts less than getting the tattoo. I hope so.”

She also admitted that her vast array of body art was a way of rebelling against her parents Sharon and Ozzy Osbourne.

“When I was younger I really do think that tattoos were my way of self-harming because I really knew it would upset my mum and dad.

“I was miserable and I just went and got all these tattoos and I don't know why. One of them is a keyboard and I don't even know how to play a piano.”

Hopefully Kelly doesn’t have to undergo too many more treatments, and we’re sure that the designs will soon be a distant, if painful memory for her!

Do you think Kelly is right in getting her tattoos removed? Tweet us @SofeminineUK! 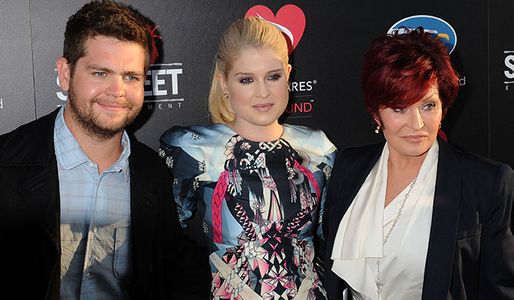