Home / Entertainment / News celebrities / We Weren’t Expecting That! Characters We Couldn't Believe Were Killed Off

We Weren’t Expecting That! Characters We Couldn't Believe Were Killed Off

by Emmy Griffiths Published on 17 February 2014 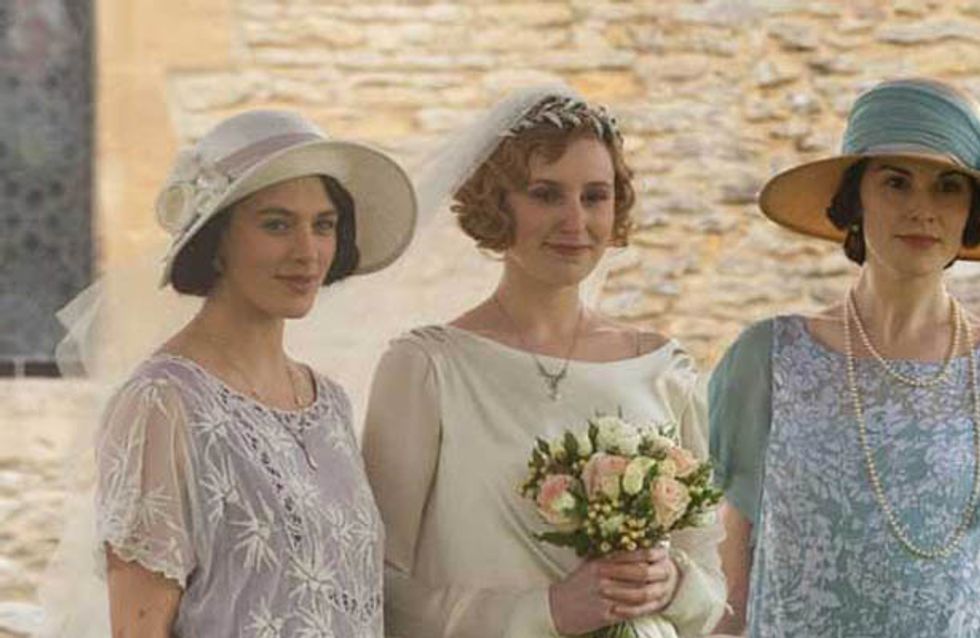 Rumour has it that Michelle Dockery, who plays Lady Mary in Downton Abbey, has decided the next series will be her last. We can only assume therefore that she will be killed off. Since great shows force us to become invested in the characters - when an actors contract finishes, the original source material dictates a death or cruel screenwriters decide it is a certain character's time to go, we are always going to feel miserable. But which characters' deaths were most surprising?

This article will contain spoilers!

If you hadn’t already heard that Lady Mary might be killed off you're probably a bit like “whaaaa” right now, but let us explain.

Apparently friends of the actress have revealed that Michelle Dockery has decided that the next season Downton Abbey will be her last. Since Julian Fellowes notoriously doesn’t like the “oh, this character has gone on an extended holiday” route, we’re guessing Mary will die. But please no.

We didn’t see this coming. Dexter’s loving wife Rita was murdered by the Trinity Killer just before Dexter finally murders him.

Dexter hears his son crying from the bathroom, and walks in to find his son sat in blood (just like his own childhood trauma) and Rita is really, really dead in the bathtub. Poor Rita, she didn’t deserve it! Also, the way he revealed her death to her children and parents was so weird.

Poor dead Ned without a head. Do you think that’s why George RR Martin called him Ned? Because it all rhymed so nicely? Either way, this has to be the most shocking death in recent history. Before we all knew and expected Game of Thrones to heartlessly slay our favourites, we expected that the main character would be invincible. Unfortunately he wasn't, and we were all hit with absolute disbelief.

Lori goes into labour during a zombie apocalypse (smart, well done Lori), and it soon becomes clear she needs a cesarean. Being that they are in a boiler room and not exactly in surgery, her pal Maggie has to cut the baby out, and Lori dies before she sees her newborn daughter.

The only problem is that dead bodies reanimate, so obviously Lori's poor little son Carl has to shoot his mother in the head. Cold.

Since Kal Penn, who plays Kutner, accepted a job at the White House as a liaison with arts and entertainment groups, it became the dry humoured Dr Kutner’s time to go. They have him kill himself for no reason.

What made this death so shocking was how absolutely unexpected it is, especially as they don’t offer any sort of explanation as to why Kutner shot himself in the head. They could have at least fabricated a note!

The screenwriters of Grey's Anatomy had a great idea. They decided to kill off everyone's favourite character in the most horrible way possible. Fine, fine. Do whatever you want. We don't even care anymore.

This was shocking, awful and horrendous. WHY DID THIS HAVE TO HAPPEN. Well, it was because Jessica Brown Findlay was destined for Hollywood but this is hardly an excuse, especially since they killed her off so horribly. Stupid Julian Fellowes.

Sorry. We have a lot of feelings.

We’re going to say this very calmly. It was the last season of Desperate Housewives. There were eight episodes left. Eight episodes, that’s all, and the show would have been over forever. And just for a LAUGH, YOU KILLED OFF THE BEST CHARACTER IN THE WHOLE SERIES WHO WE HAVE BEEN ROOTING FOR SINCE DAY ONE ARGHHHH.

We tried to stay calm. We tried.

This one hurts to talk about. Just when you think all is safe and well in the land of Westeros – everyone is enjoying this nice wedding, Arya is almost going to be reunited with her mum and brother, so we have that to look forward to. But then out of nowhere the Starks all get horrifically butchered.

We think the below reactions accurately communicate our feelings at this change of events.

If this bit of Christmas Day horror taught us one thing, it is to never EVER happily drive a convertible. Bad things happen. Downton Abbey was never the same after Matthew snuffed it. At least Dan Stevens thinks our reactions were funny.

T.R.Knight didn’t want to be in Grey’s Anatomy anymore, but that’s okay because they are just going to have George join the army. Ah no but look at this severely injured man with an unrecognisable face that’s been admitted hours after George leaves the hospital. Ah no! Why is he drawing 007 onto Meredith’s hand, George's well-known nickname? OH NO. PENNY’S DROPPED. BYE GEORGE.

Brody’s character had gone as far as it could in Homeland so we weren’t too surprised that the writers decided that enough was enough, but we still loved him and he shouldn’t have gone that way! Poor Carrie. Poor Brody. Poor us. Sniff.

This came out of nowhere! It’s also too, too sad. Buffy comes home and is all chirpy, then finds her mum lying on the sofa, totally unresponsive. They even add in a moment when you think it’s going to be okay. It’s totally not okay. Nothing will be okay.

Which character death do you think was the saddest? Tweet us @sofeminineUK