Home / Entertainment / News celebrities / What Do The Boys Of Harry Potter Look Like Now? 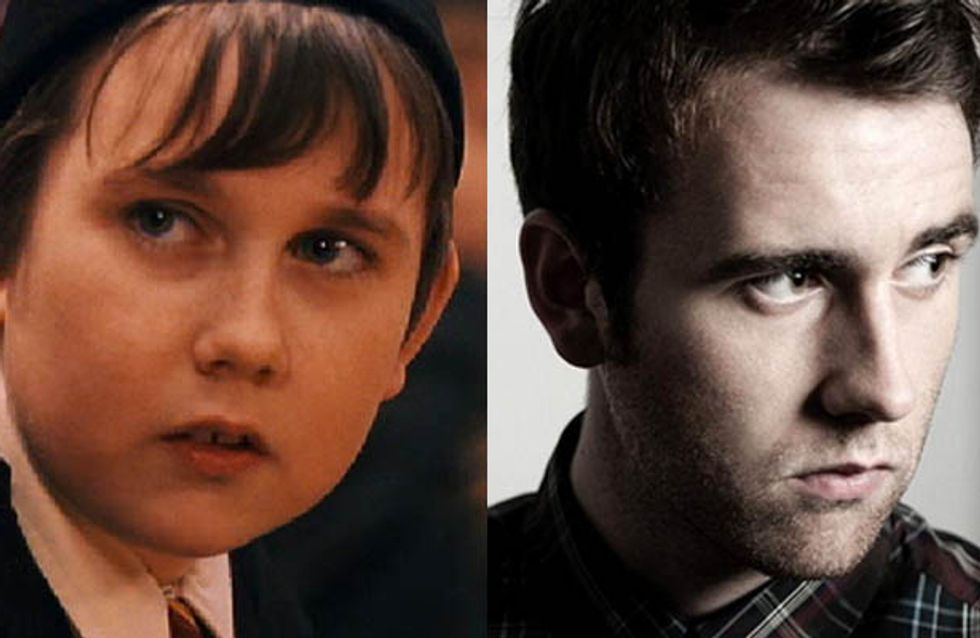 Remember when all the little 11 year olds sailed to Hogwarts in little boats and they were so small and cute with their little wizard hats? WELL, TIMES CHANGE. These guys are all grown up now, and although some of them have gone down certain unsavoury paths and ended up in prison (cough, Crabbe), most of them are doing WELL in a post-Potter world!

No one’s heard much from Jamie since he participated in the 2011 riots and he was sentenced to two years in prison. Needless to say he was not invited to film the last two Harry Potter films.

24-year-old Hugh has done a spattering of TV shows including Whitechapel and The White Queen since playing Harry’s little number one fan. Oh, and he looks like THIS.

It seems almost pointless to outline what Rob got up to after his character is killed in Harry Potter.

One word: Twilight. Why would you do this Rob? Why?

Good effing GRIEF. Of all the Harry Potter boys, it might be fair to say that Harry has made the biggest transformation from playing portly spoiled brat Dudley Dursley to becoming a proper thespian with a chiselled jaw even appearing in King Lear.

Devon hasn't done an awful lot since Harry Potter. But if he wants to lounge around looking good, we have no problem with that.

Little Lee Ryan who commentated on the Quidditch patches in the first two films now looks like THIS. He also plays the catchphrase-prone character Magnitude in comedy TV series Community. Pop pop!

Oh good grief. How did this even happen?! A in Transfiguration!

Although Tom Felton's done PLENTY since Harry Potter, we are most excited about his recent selfie with Doctor Who's Matt Smith and Karen Gillan.

Amy Pond, Draco Malfoy, and the Eleventh Doctor on the saME PLANE IMAGINE BEING ON THAT PLANE pic.twitter.com/acpld5LwpD

Daniel has been doing anything and everything to distance himself from Harry Potter and we think he might even have succeeded. Since HP, he’s played a parent in The Woman in Black, a gay poet in Kill Your Darlings, a man accused of murdering his girlfriend in Horns, and is set to play Igor in 2015’s Frankenstein. He’s really doing quite well!

Alfred most recently appeared as the super sexy soldier Bainbridge in Sherlock, and is currently studying at Oxford University. And he is looking GOOD.

Bill Weasley is meant to be mega handsome (until half his face gets chewed off by a werewolf). In the film, they tried to achieve this balance by making him look…well…weird. But just look at him in real life! Oof.

The ginger twins have gone along way – most notably dyeing their hair back to its natural brunette. Looking good guys, although we miss the carrot! Bring it back!

When we were 11, Oliver Wood was totally the Hogwarts hottie. Fortunately he has only improved with age!

Rupert is and forever will be on the top of our hot gingers list. The boy is perfection.

Who do you think has changed the most? Tweet us @sofeminineUK