Why The Brits Put American Music To Shame!

by Emmy Griffiths Published on 19 February 2014 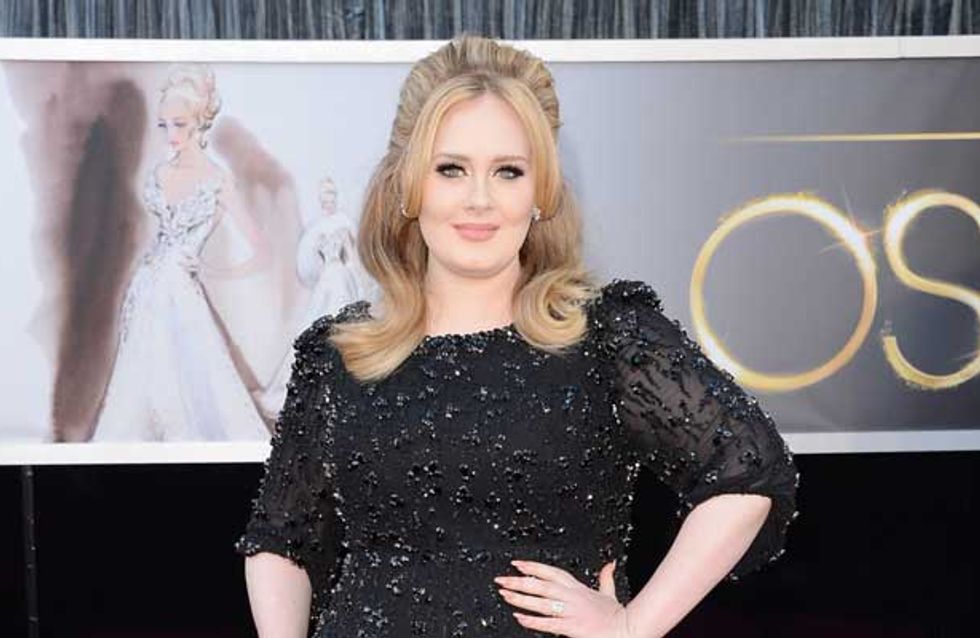 The Brit Awards are tonight, and we can only beam and wave miniature Union Jack flags as our hearts swell with pride when we look back at the musicians our Nation has produced. British musicians have done a great job representing the land of tea-drinkers and queuing, with their disdain for anything pretentious, their cheerful self-criticism and obviously their blinding talent. We’re just going to say it: the Brits are much better than American musicians. Oh yes. We’re going there.

Adele gave us possibly the most beautiful performance we’d ever seen with her rendition of Someone Like You in 2011 at the BRIT Awards. It received a standing ovation and 450 million views on YouTube, and shot her single from 46 to number one in the charts. We’ve never been prouder to be British!

What's that, you dwellers from across the pond? “Madonna is the Queen of Pop”? Snigger. Whatever. We had the REAL Queen (both royal and rock), and they're both beyond contestation!

“They try to make me go to rehab but I said no no no.”

How many times has Lindsey Lohan been to rehab, America? Five times? Six times? In hindsight, Amy Winehouse really should have gone to rehab. But that’s Britain for you – keep calm and carry on!

Step aside Lady Gaga in all your Joe Calderone cross-dressing finery, because David Bowie did it first, and he did it better than you! Bowie appeared on the album cover of The Man Who Sold The World draped over a chaise lounge in a silk frock and we loved him for it!

American musicians tend to go all-out for their music videos. But then they claim to be a “creative genius”, “God’s vessel” and that they will “go down as the voice of this generation” (yes Kanye West, we’re looking at you), whilst the Brits tend to mock the hell out of themselves, and Noel Gallagher watching old Oasis music videos back is the perfect example. His commentary is priceless...

These folksy troupes from London had their album peak at number one in the UK and US and let’s face it – their music is just joyful! It deserves to be universally loved!

Oh, One Direction is America’s hottest boyband and has gotten countless legions of teenage girls obsessed over their cheerful lyrics and handsome complexions. Don’t thank us. In fact, we should be thanking you for giving us the Jonas Brothers in return. They were definitely a talented bunch we couldn't have done without. (British sarcasm goes here).

The Spice Girls gave the world Union Jack mini dresses and the phenomenon that was GIRL POWER. Their 90s brand of zig-a-zig-ah was all about having fun and not needing to please no man. Whatever happened to it? Where did the girl power GO?!

Has anyone had a career quite like Take That? They started out as your typical young and sexy boyband of the 90s with gelled hair before they broke up. But then, what’s this?! They came back?! But this time they had smooth haircuts and mature clothes. They were older and wiser, and that was okay. They could still be the most successful boy band in UK chart history! Win.

Yes okay, Americans have Michael Jackson. But when the King of Pop decided he would do a BRIT Awards performance dressed in Jesus-like garb embracing women and children (it was all a bit weird and distasteful), Pulp’s leading man Jarvis Cocker wasn’t really having any of it and got onto stage to stare at MJ with ‘you’ve got to be kidding me’ evident on his face.

We reckon in the never-ending saga that is Great Britain versus United States of America, it's pretty fair to say we come out on top when it comes to music! Let's all just pretend this never happened...

​Do you agree the British music is the best?! Tweet us @sofeminineUK