by Emma Goddard Published on 15 January 2015 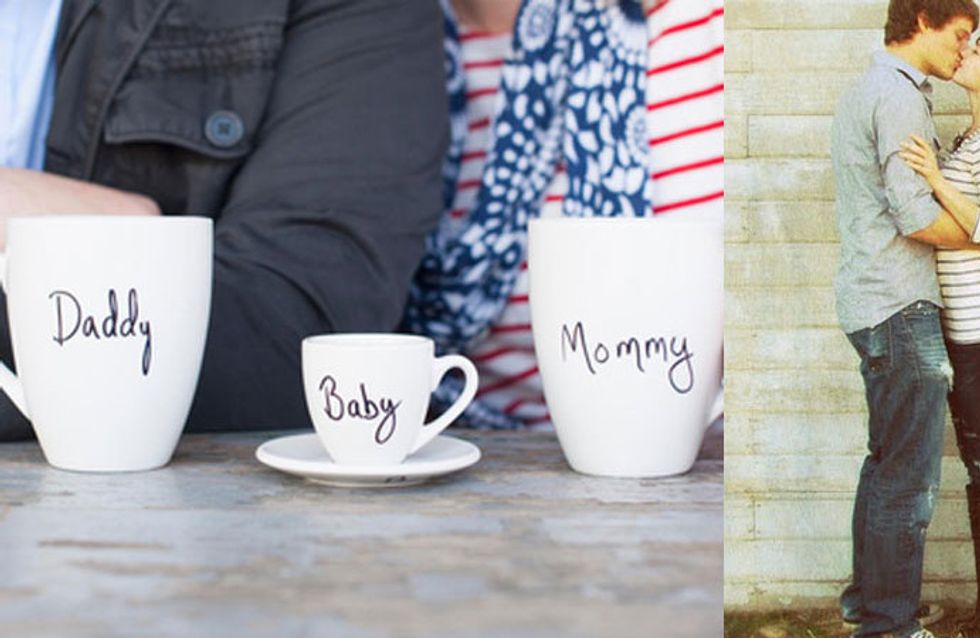 When word spread that Beyonce might be pregnant, naturally, everyone freaked out. However, it didn't take long until the Instagram photo in question, which revealed the singer with what appeared to be a sculpted sand baby belly at the beach, was later dismissed by pal Michelle Williams. Of course, fans were crushed, but at least we can agree that if Beyonce is pregnant, she would make this list of parents who have had the most creative pregnancy announcement ideas we've seen.

Announcing the arrival date of your little one is huge, especially if it's your first. So of course future and current parents don't take it lightly. This couple's video was not only unique, but it incorporated an important part of their personal lives: running. That's why I love how they were able to come up with this great twist to a baby announcement to share with their friends and family.

Telling Your Friends & Family During a Staged Photo

Saying "cheese" during a family photo definitely gets old, so what about telling everyone you're pregnant instead? That's exactly what Katharine and Kris Camilli did when they decided to surprise their loved ones by substituting the standard phrase with, "1, 2, 3, say 'Kat's pregnant!" documented in this super cute video. The reactions were priceless and I know what you're thinking: "If only I had thought of this first."

OK, OK, I know this isn't exactly new, but how cute is this photo of these happy parents with their baby-sized Doc Martens to spread the word? I already know this baby is going to born into the world with some rad parents. Although it might be an old way announcing things, these parents were able to switch things up a bit with their matching Docs, so they still get an A+ for creativity in my book.

Then this happened... w/ @henryzalapa

Once upon a time, Australian actress and Wonderland star Emma Lung told her husband, Henry Zalapa, that she was pregnant over Chinese food and a fortune cookie. When Zalapa broke open the cookie, he found a message that read, "We are going to be parents," but apparently he didn't get it, according to Lung and instead responded to the fortune with, "It's OK honey, we'll get pregnant, it just might take a while." Lawlz for days.

These Reddit users decided to go with a Halloween theme for their pregnancy announcement, and because I just generally love the October holiday, they get all the brownie points. First of all, their pumpkin carving of an embryo using the pumpkin as the mother's stomach is freaking adorable, and second, anyone who actually takes the time to carve a pumpkin that complex is a winner.

Literally Putting a Bun In the Oven

Whether you first heard it in Grease or simply thrown around at high school because of baby rumors about girls in your class, the phrase "she has a bun in the oven," is something people have used time and time again. However, as much as I'd like for someone to come up with a new phrase for 2015, I have to give props to this clever couple for the way they handled their baby news with their parents by actually putting a bread bun in the oven and waiting for them to connect the dots.

Did you have a creative pregnancy announcement? Tweet us @sofeminineUK!

This article was written by Emma Goddard. Follower her on Twitter @egoddardhokie

100 Of The Best Parenting Quotes

This Photo Series Proves That Pregnant Is Sexy

Is Your Baby A Boy Or Girl? Old Wives Tales For Gender Prediction