Home / Parenting / Pregnancy / What's It Like To Have Sex After Pregnancy? 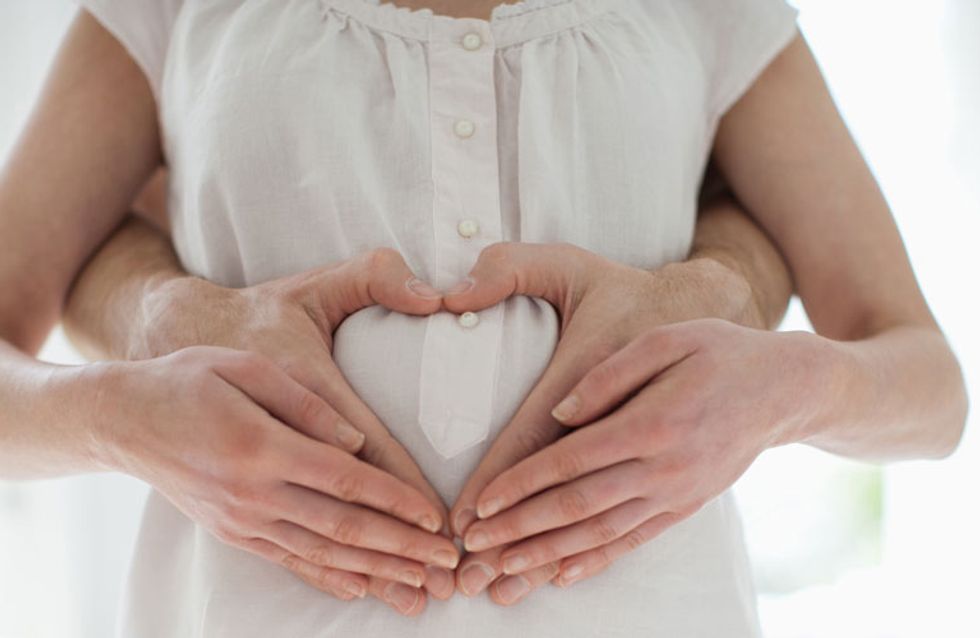 You hear a lot about sex to get pregnant and sex after pregnancy, but sex during pregnancy tends to be a bit of a mystery.

This obvious oversight needs to be rectified.

Often people wonder whether sex during pregnancy is safe for your baby, what exactly the logistics are for you and your partner or if sex will even be the same when you're pregnant!

If you're thinking about sex during pregnancy with a mixture of fear and perplexity then sit tight and let us tell you the facts - it's really nothing to be worried about!

Can I have sex when pregnant?
Let's start with something simple, having sex when pregnant is totally normal and if you have a normal pregnacy then there is no reason to stop having sex right up until those waters start to break (might not be terribly comfortable though).

However if you've had an abnormal pregnancy then check with your midwife or doctor first.

In some cases, doctors may recommend you reduce or even stop sexual activity.

- If there is minor bleeding early on in the pregnancy.

- If you have placenta praevia, which means that the placenta is below the cervix.

- If there’s a risk of premature birth.

- If you’ve already had a miscarriage, avoid all penetration for the first 2 months.

- Obviously, when your waters have broken you shouldn't have sex as the risk of infection for the fetus is very high.

Is having sex safe for my baby?
There are many ill-founded myths and fears surrounding sex during pregnancy.

Many worry about hurting the baby, the baby feeling something you'd never want it to, or sex leading to complications like miscarriage, but anyone with a normal, low-risk pregnancy will be able to have sex without any need to worry.

If you orgasm you may feel your baby move around more, however this is due to your heart beat increasing, not because it can feel anything. Also after orgasming you may experience some cramping and sometimes an orgasm can cause mild contractions (most likely in your third trimester) quite like Braxton Hicks contractions, but they are nothing to worry about.

The foetus itself is better protected than you think; the amniotic fluid that surrounds the baby acts as a protective cushion and the mucus plug in your cervix completely protects the baby. Plus as the penis physically can never reach beyond the cervix there is no danger of hurting the baby through penetration.

Will my libido change?
Like most things during pregnancy, your libido is likely to change. You may experience a lack of sex drive, or it may increase, or anything in between!

Some women say that sex is better during pregnancy due to the increase of blood flow to your pelvic area and vagina. Some say that they feel less sensitivity in the clitoris whilst pregnant whereas some notice hardly any changes.

As well as the physical changes in the body, the emotional changes can effect sex drive too. Getting used to feeling comfortable and sexy in your body while pregnant can be quite daunting to some women but with it's important to remember that you're still you and that's what matters and should be celebrated!

So even though every woman's sex drive is different during pregnancy, there are certain patterns to the dip and rise of your libido in each trimester:

First trimester: Sex is often the last thing on a woman's mind due to morning sickness and a greater need for sleep. In addition, your breasts can become painful during sex because arousal can lead to vascular congestion at the chest.

Second trimester: Once the hormonal trials of the first trimester have passed, it’s back on! This second phase of pregnancy is the most fulfilling and is often called the second honeymoon.

Many women find their sex drives and sexual pleasure increase, and sensations are more intense because vascular congestion reduces the opening of the vagina. Plus with those extra curves and voluptuous chests it's hard to imagine how any dad-to-be could resist!

Third trimester: Sex is still possible but it can be uncomfortable due to the size of the bump. In general, sexual activity slows down. The future mother is more focused on the presence of the baby and is more tired, and the baby also moves much more.

Whatever happens to your sex life while you're pregnant, make sure you communicate with your partner and try to talk about your sex life together.

The best positions for sex during pregnancy:
Although there is no official research on which positions are best during pregnancy, there are some that will suit you and your man a whole lot better - we're guessing the less acrobatic the better here.

As well as the fact that you'll be experiences a lot of tiredness, breast tenderness and the physical ostacles presented by your bump make certain positions a write-off.

So when you're thinking about getting intimate with your man make sure to try our top five sex positions during pregnancy:

2. The sex
by the editorial team

27. The playdates
by the editorial team

6. The sex is secret until after birth
by the editorial team