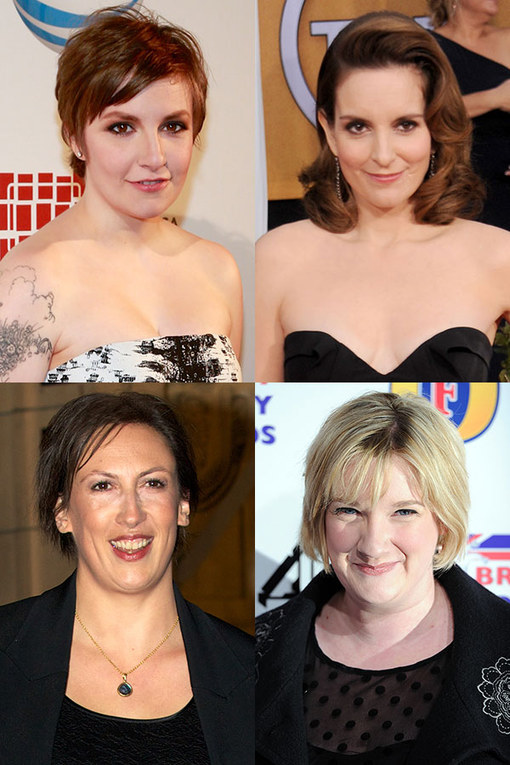 Replay
Any of you heard of a show called Girls? How about Miranda? Hang on, stupid question really because obviously OF COURSE YOU HAVE!

Recently funny women seem to have been splitting our sides even more than usual. Tiny Fey, Lena Dunham and Sarah Silverman are representin’ across the water and over here in the UK, female comedians like Jessica Hynes, Sarah Millican and Miranda Hart are laughing their way to success.

But the thing is, sometimes, female comedians can experience a whole different side to the funny business, one that isn't such a hoot. Something that Vikki Stone, rising comedienne and Cadbury Crispello advocate, knows all too well.

“When people picture a comedian in their head, they automatically think of a bloke,” she says. And when asked about whether now more than ever it’s a good time to be a woman in comedy, she knows that there’s still a long way to go.

“The very fact that this question exists means that there’s still work to be done about the perception of women in comedy.

Even the phrase ‘women in comedy’ bugs me. You’d never hear the phrase ‘Stephen Merchant is really on the rise, this is a great time to be a tall man in comedy.'”

So in homage to these women wisecracking their way to the top we thought we’d round up our favourite female comedians of the moment...

All images from GETTY
Things we love

British women spend £100,000 on makeup in lifetime
by the editorial team

Why All Women Should Remember Reeva Steenkamp
by Maria Bell

Girls rule: Women have more fun with the girls
by the editorial team

Should Women Get Paid Menstrual Leave Every Month?
by Vivian KELLY

Women Say 'Sorry' HOW Many Times A Day?
by Stephanie Ashley

Do lads mags make men hostile to women?
by the editorial team