Home / Women in Focus / Career / Dream of writing a book? Author tips for your first novel

Dream of writing a book? Author tips for your first novel

by Ursula Dewey Published on 1 November 2013 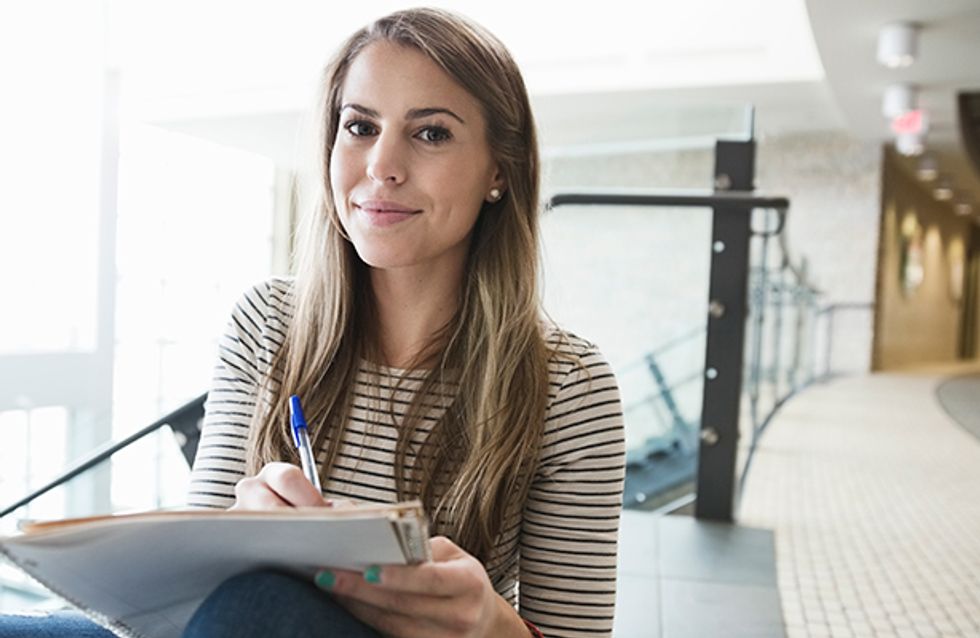 Writing your first book? Daunting isn't it. That's why we spoke to debut novelist Hannah Kent who's just had her first novel published to critical acclaim. There's a lot to be learnt from the novel newbie and she's shared some of her creative tips and tricks with us so you can apply them to your very own masterpiece.

Sitting down at a desk for a few weeks and emerging one day with a book deal is a secret fantasy that many of us have, but the act of writing a novel is actually a lot more challenging than the romantic notion of days spent tapping on your keyboard in cosy pyjamas, looking out of a frosty window for inspiration.

There are some key stumbling blocks that can stop you in your tracks - things like structure, plot development and dialogue. So if you want to know what it's really like to write a novel, check out Hannah Kent's advice below.

Her first book, Burial Rites, is based on a true story discovered by the author, when she was 17, living in Iceland for a year. Set in bleak 1820s Iceland, it tells the story of Agnes, a woman awaiting execution for her part in a brutal murder. Such a meaty storyline is a pretty scary thing to overcome, especially with a first novel so she's well placed to share some insider insights for novel success.

Where do you start when it comes to writing a book?

I started writing Burial Rites to discover more about Agnes, and to subvert the popular representation of her as evil. I had never written a novel before, so it was a process very much akin to finding your way in the dark. I'd go down corridors that would turn out to be dead ends, then make my way back and try something new, feeling by touch the whole way. I let myself be guided by my research, but also by creative intuition.

What is the hardest part of writing a book? The beginning, middle or end?

The hardest part of writing Burial Rites wasn't tying the story together, or working on a particular section of the narrative, but cultivating the discipline required to sit at my computer day after day. There was no particular section of the narrative that was more tedious, or complex than the others, although the ending required the most re-writes, mainly to ensure closure for some minor characters. When writing the first draft, I would work on the scenes I wanted to write – whether they were from the beginning, middle or end – and would later tie them all together.

How long did it take you to write your first book?

I spent approximately two years researching the book, writing little bits and pieces along the way, but it wasn't until 2011 that I sat down and wrote the first draft. By that stage I was so immersed in the story and my research that it took me less time to compose the novel than I anticipated. I wrote 1000 words a day for about five months.

What tips do you have for a new novelist when it comes to planning a plot?

I spend a lot more time thinking about character. Sure, things have to happen to them, and it's always necessary to know what these external events will be, but it's their reaction to the external world that can really create a memorable plot. How will they behave? Why will they react or respond in that way? What does it mean for the other characters? I don't truly believe you can think of plot or characterisation in isolation from one another.

Are there any tricks or tips to find instant inspiration when you're stuck as a writer?

I'm not sure about instant inspiration, but there are certain things that I do to clear my mind, and the more clearly I'm thinking, the more likely I am to work out what I need to write next, and the best way to write it. Going for a walk does wonders for untangling problems. Listening to music often helps me realise a certain atmosphere or mood in my work. The most inspirational activity, for me however, is to read other writers' work. It motivates me to do better.

What is the key piece of advice you would give to an aspiring writer?

Read. Read as widely and as often as possible. There is no better way to improve your own writing.

How did you go about getting published? Did you have an agent first?

I was very fortunate. I won the Writing Australia Unpublished Manuscript Award – a national award for an unpublished work of fiction – and that then led to an agent reading my book and agreeing to take me on as a client. After I had completed a few more re-writes, and spoken with Geraldine Brooks (whose mentorship was a component of the WAUMA prize), my agent sent the manuscript out to publishers. This then resulted in my book being auctioned. It was a very surreal but exciting process, and completely unexpected.

How long did it take you to get published?

I won the WAUMA in November 2011, and by June/July 2012 I had signed with my publishers. That said, I had been writing for a long time, and studying creative writing for many years at university. In some regards it didn't take me long at all, but in others I had certainly already put a lot of hours in. It's a hard question to answer. I've wanted to be a writer since I was six. Put in that light, it took me twenty-one years to get published.

What is the best thing about being a writer?

Being able to put long hours into something that, whilst often incredibly difficult, is creatively, intellectually and emotionally fulfilling. Also, being able to work in your pyjamas.

Have you read Hannah's Burial Rites? Tweet us @sofeminineuk