1D's Niall Horan ditches his braces and his shirt!

Niall Horan finally got his braces removed yesterday and couldn't wait to show off his new smile to fans on Twitter. But the excitement doesn't stop there. Have you heard how many shirtless scenes there are going to be in the new One Direction film?

Anyone who's had braces will know the joy Niall Horan was feeling yesterday when he revealed his new straight teeth after finally having his braces removed.

​The 19-year-old showed Twitter fans a before and after shot of his pearly whites and the difference is pretty amazing.

​Before getting the braces taken off he wrote: "Morning. ! This is it ! I'm goin to the dentist! I think this is my last hour with braces! Oh how I'm gona miss them ! Naaaaaaat !"

​The singer has been sporting the teeth correcting gear since December 2011.

​Despite having the more advanced and less obvious clear braces, it was no secret that Niall's smile was being altered.

​Contestants on The X Factor are often give whitening treatments during the latter stages of the competition and we're guessing with the success the 1D boys have had this is a luxury they still experience.

Niall celebrated his new gnashers by going out for a meal with his friend Eoghan McDermott.

​Eoghan posted a picture to Twitter with the caption: "Just destroyed Wagamama with @NiallOfficial in celebration of his new blinging pearly whites, Win!"

If Niall Horan fans are happy to see the singer with a new Hollywood smile they'll be thrilled to find out that the band's new 3D film, This Is Us, is set to have "more shirtless moments than you can imagine".

​The film's director Morgan Spurlock answered questions via Twitter and said: "You can't film 1D without capturing their wild side!

"They are free spirits; they do what they want. That's what makes them who they are."

"When the lads are on the road, they really get out to experience the cities they're in. They're pretty adventurous."

The boys, whose film is out later this year, are currently on their sell-out Take Me Home world tour. 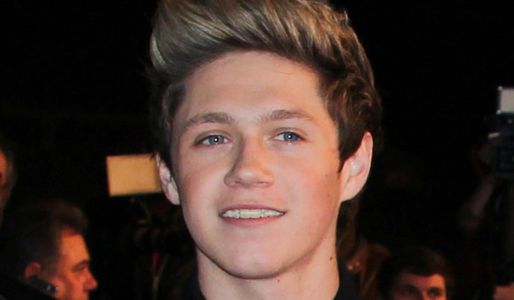