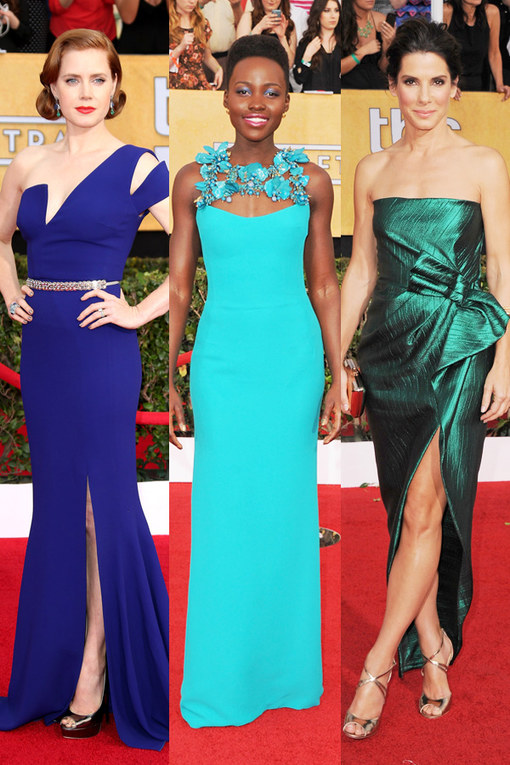 Replay
The SAG Awards 2014 was a comical event - not quite as boozy as the Golden Globes last week, but just enough to see the stars let loose and get a little frisky (ahem, Cate).

Meanwhile, the leading ladies of the night included Cate Blanchett who won Best Female Actor in a Leading Role (not to mention most hilarious speech of the night when she got all touchy feely with her trophy).

And of course rising star, Lupita Nyong’o who took home the prize for Best Female Actor in a Support Role for her performance in the highly acclaimed film, 12 years a Slave.