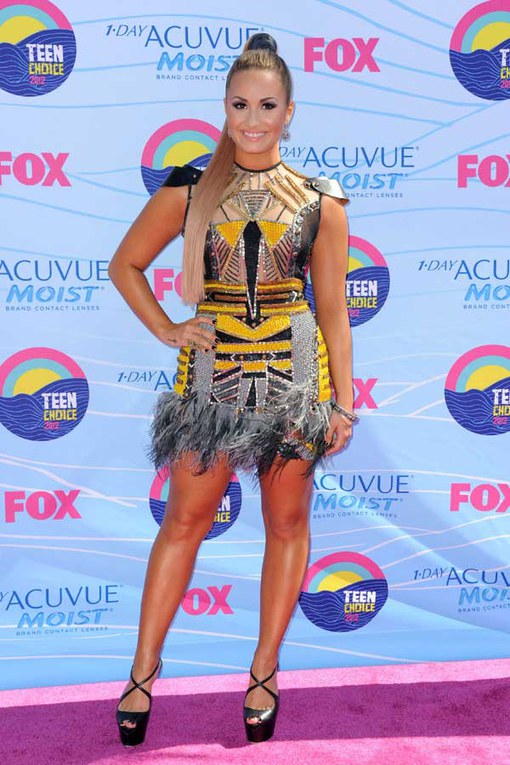 Replay
The Teen Choice Awards at Universal City, California was a star-studded affair on Sunday night with host Demi Lovato upping the style stakes in a sleek beaded and feather thigh-skimming minidress.

The 19-year-old X Factor USA judge was joined by other teen favourites including Taylor Swift (who walked away with five awards!), Kristen Stewart and Selena Gomez, who rocked a hot pink mini dress.

The stars of The Twilight Saga turned out to be big winners of the night, taking home the Teen Choice Awards' lifetime achievement honour.

Who was your best dressed star at the Teen Choice Awards 2012?