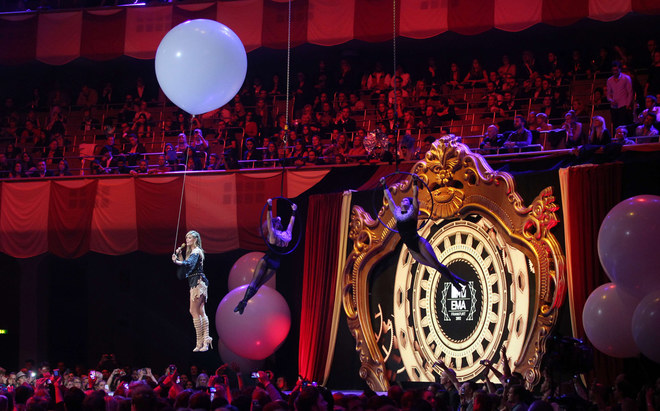 Fronted by model Heidi Klum in Frankfurt's Festhalle, the event saw a string of top stars arrive to perform, collect awards or just enjoy the show.

Star of the night was Taylor Swift, who took home awards for Best Female, Best Live Act and Best Look. Rihanna, on the other hand, was nominated six times but won nothing.

The evening was livened up by performances from No Doubt, Alicia Keys, Pitbull, Muse and The Killers.

Check out our top photos from the star-studded event...