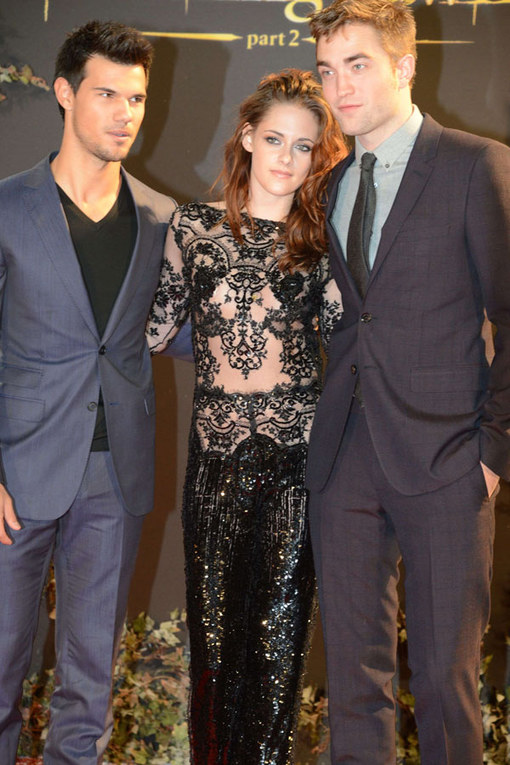 But as they waited for the stars of the movie to walk the red carpet, there was a hint of sadness in the air as Breaking Dawn – Part 2 marks the final instalment of Stephenie Meyer's hugely successful vampire franchise.

Nonetheless, Kristen Stewart, Robert Pattinson and Taylor Lautner - plus a string of other stars from the saga - got glammed up and spent time signing autographs for their dedicated followers before moving inside to watch the film.

But it has to be said, Taylor was left looking like a third wheel as he posed with real-life couple Kristen Stewart and Robert Pattinson.