by Francesca Menato Published on 8 May 2013
© Think Jam

The hotly awaited Great Gatsby film is released in the UK next week and to say we're excited is an understatement! It sounds like director Baz Luhrmann is as big a fan of the power pairing between himself and Leonardo DiCaprio as we are.

The Great Gatsby director Baz Luhrmann has revealed that he'd like to do a remake of Shakespeare tragedy Hamlet with Leonardo DiCaprio.

The pair have recently worked together on the movie remake of F Scott Fitzgerald novel The Great Gatsby, which looks set to be another box office smash when it's released next week.

But this isn't the first time the Australian filmmaker has worked with the acting heavy-weight.

The two of them first collaborated on Romeo + Juliet in 1996, their hugely successful modern twist on the Shakespeare play.

When asked by The Hollywood Reporter what their next team effort would be, Baz answered: "Hamlet.

​ "To me, Gatsby is the American Hamlet."

"​What else could we possibly do as a follow-up? It's just a dream at this point."

Leonardo DiCaprio has spoken about the pressure and excitement he felt taking on such a huge role with such a director. 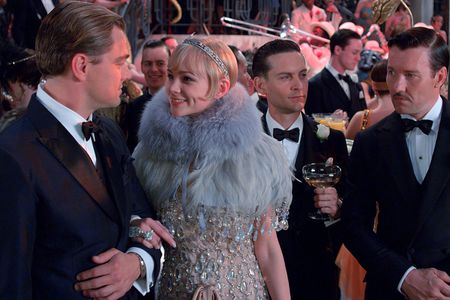 He said of the story: “It’s very timely and it’s timeless.”

And about working with the Moulin Rouge director, the actor said: "Baz is a bit of a Gatsby himself.

"He wanted to create great art in his own unique style and he's done that."

Leo described his enthusiasm as so "infectious" that "it's almost impossible to say no" to him.

One of the fundamental reasons Leo chose to get involved with the project was Baz Luhrmann's vision.

"We have great partnership to take on this challenge. And a really rewarding one."

The twenties drama follows the lives of the mysterious millionaire Jay Gatsby and socialite Daisy - played by Carey Mulligan.

The decadent world of flappers and Model Ts is released in the US and it looks like we can expect a typical Baz style visual and musical extravaganza.