The world took a collective intake of breath when we saw just how incredible Beyoncé Knowles looked in H&M's latest bikini campaign. But it turns out the fashion giant didn't originally think queen Bey's body was slim enough - much to the superstar's disgrace!

Beyoncé Knowles was reportedly fuming when she learnt that H&M had doctored the images of her modelling for their summer bikini range.

The pop star was quick to call a halt to the use of the pictures immediately - it was her real body or no body at all.

The Swedish fashion retailer had apparently retouched the photos of the mega star and reduced the size of her enviable curves.

An insider revealed to The Sun: “When Beyoncé found out they had edited the way her body really looked, she hit the roof.

“She’s a true diva and was furious that she had been given such a snubbing. Her people refused to give the pictures the green light so H&M were forced to use the originals.”

The 31-year-old singer was announced as the face and body of H&M's 2013 collection earlier this year and she has since appeared, scantily clad and looking fabulous, all over the world. 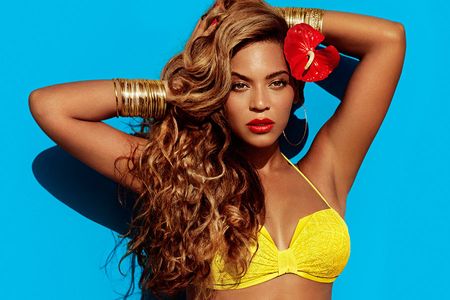 When asked about the doctored images, a spokesperson for H&M admitted there had been "discussion" over the final choice of photos.

They also confirmed that the pictures used in the advertising campaign were true to form.

They said: “As with all campaigns there are discussions on which images should be used. Both H&M and Beyoncé are very happy with the final result.”

Beyoncé has always had a healthy attitude to her weight and been a poster girl for curvy girls, so she was not about to promote a product by reducing her own.

In an interview with Teen Vogue, she previously said: "The best thing I can say to young ladies is accept the body you're in.

"If you have curves, love your curves. The thing to strive for is to have the best healthy body you can have.

"It's really not about being skinny or being curvy. What matters is that you love yourself and you are taking care of your health."

Come on H&M, she even has a song called Bootylicious!

Francesca Menato
…
weight
For all the best videos, memes and shareable news!