BGT 2013: David Walliams gets cheeky as Ant and Dec pinch his nipples 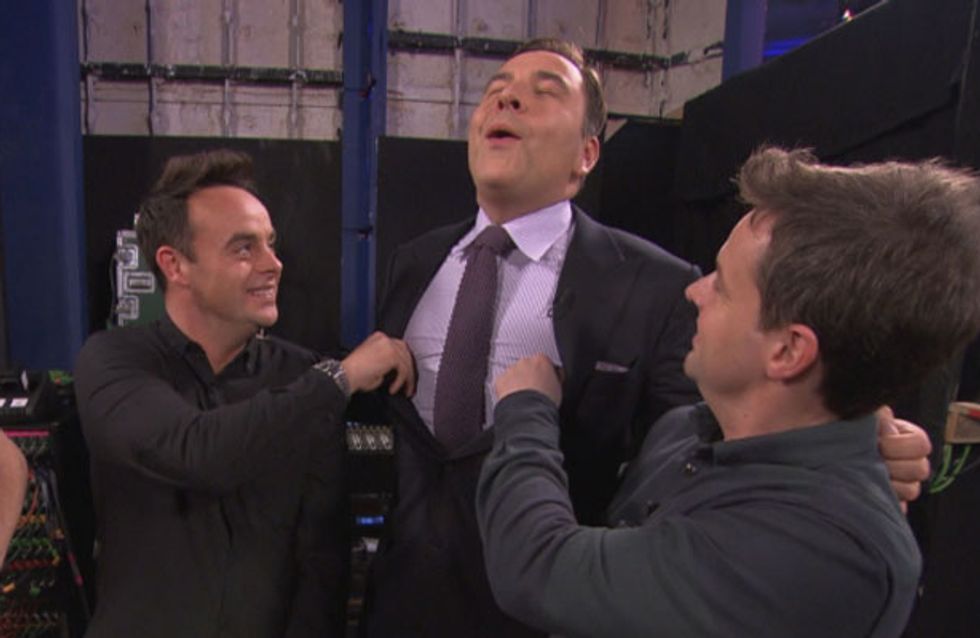 The proud father of a new baby boy, David Walliams may take the cake for embarrassing dad of the year. Luckily his new bub is too young to notice but it won't be long before he may have to stop grabbing hold of people's nipples like he does on tonight's episode of Britain's Got Talent!

David Walliams is his usual cheeky self of tonight's episode of Britain's Got Talent.

The comedian judge gets himself in a flutter when all-male dance crew The Glambassadors take to the stage.

The group are dressed in very revealing black and white outfits to which 41-year-old David reacts: "I love it already!"

The men then dance a routine to fellow judge Alesha Dixon's song The Boy Does Nothing.

David jokingly criticises one of the performers, telling him: “[It was] distracting seeing your nipples throughout the whole thing I have to say, there was a part of me that wanted to tweak them.” 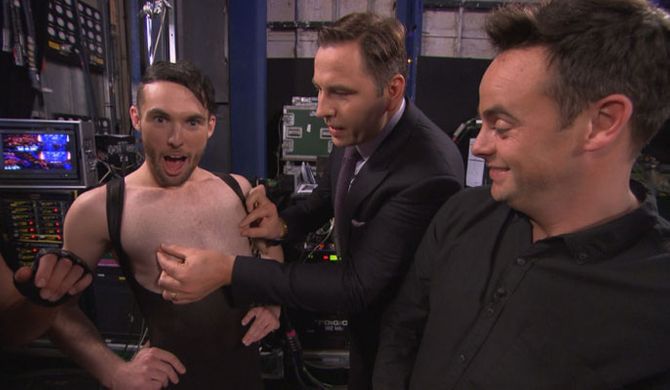 BGT 2013: Shadow dance act Attraction win after dramatic final
Attraction were the surprise winners of tonight's Britain's Got Talent final, after weeks of criticism because they're Hungarian. But the group's winning performance saw them pay tribute to the public, pulling at the heartstrings of Brits everywhere.

Not one to stay in his chair, David then sneaks backstage to get that tweak after all.

What you won't see on the show is David wading in on the troupe's chat with hosts Ant and Dec to cop a feel of one of the men's chest.

He interrupts to say: “I just needed to do something, I was quite distracted whilst I was watching the performance.”

He then pinches the performers nipples.

The Geordie presenters then get involved in the action and start tweaking David - and he looks perfectly happy to be part of the joke!

David's silly behaviour may have to stop now he's a dad to a little boy.

The BGT judge speculates to Alan Carr that the baby could even belong to Simon Cowell, David's "man-crush".

She said: "I said he looks more like Simon. They're going to make brilliant dads. I think they put it all in a test tube, gave it a little shake and Lara took it."

We're pretty sure Lara would disagree with the apparent likeness... 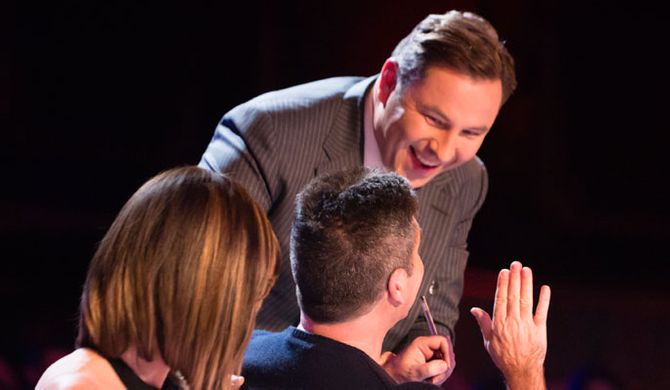