by Francesca Menato Published on 14 May 2013
© BBC Pictures

She may star in one of Britain's most successful TV shows, but Jenna-Louise Coleman is adamant she is actually very shy. The stunning Doctor Who actress recently spoke about how uncomfortable she is being one-on-one with people and what's next for her career.

Jenna-Louise Coleman has won over the hearts of many a Doctor Who fan with her portrayal of his latest sidekick Clara, but in real life she claims she's not so good at charming people.

The 27-year-old has admitted that she's happy in a group, but as soon as she's threatened with a one-on-one situation she's much less at ease.

Because Jenna ​doesn't like "the idea of just being sat with one person", she has "never been on a date, ever."

Despite her aversion to dates, Jenna has found herself a Hollywood boyfriend - Game Of Thrones star Richard Madden.

Jenna-Louise puts her shyness down to moving to a large private school when she was 14.

She told the Radio Times: "I think it was going from eight people in a tiny, tiny school to being surrounded by loads of people. I shrank away, surrounded myself with quite loud friends. 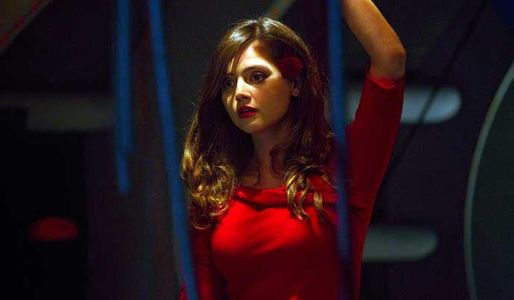 "I’ve got a lot better as I’ve got older. If I’m with a group of people I’m okay, but actually I’m quite a nervous person if I’m just one-to-one with somebody."

She also explained how acting was a good way to get past her shyness since she's not expected to be herself.

But Jenna admitted that Clara is her most difficult role to date.

She said: "Clara is probably the closest to me that I’ve ever played - especially over the last few years - and I find that hard. Doing an accent is much easier."

Despite all this, she's adamant that her awkwardness is not as debilitating as she may make it sound.

She said: "I’m making myself sound socially inept here and I’m absolutely fine in a group of people but I am quite shy."

The brunette beauty is also preparing herself for the ever-increasing fame she is experiencing as Doctor Who continues to please its legions of fans.

She said: 'I have a really cool job and get to do these crazy things and you do have so many ‘pinch me’ moments.

Matt Smith - the current Timelord - has given the Blackpool-born actress advice on her next steps.

She revealed: "He said take your time and choose your next role carefully. I've read loads of scripts but nothing I'm really in love with." 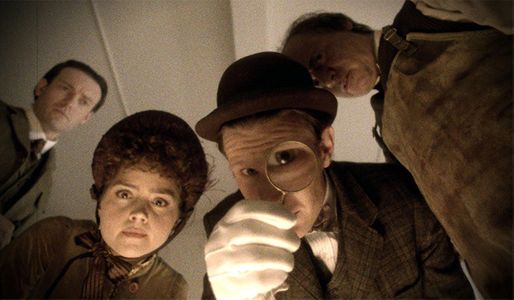