Man Of Steel is the latest in a long line of superhero movies to sweep into the cinema. With Batman's Christopher Nolan at the helm and heartthrob Henry Cavill wearing the tights, expectations were high for this new take on Superman. With enough action and minimal cheese, it doesn't disappoint.

Superman has been one of the rare comic book remakes to have really struggled to gain popularity.

The last effort - Superman Returns, starring Brandon Routh - went by practically unnoticed by all in 2006.

But a combination of better PR and a serious amount of respect for Christopher Nolan has put Man Of Steel in the world's film consciousness for some time now.

So now that the moment has finally arrived - is there someone who can pull off playing an alien in a red and blue suit without the film descending into geek or cheese territory?

The actor has missed out on many a big role in the past - most memorably Edward Cullen in Twilight - but he's finally got his moment to shine.

And he most certainly shines.

Let's point out the obvious - he's a very handsome man and has long since left behind his apparent school days, when he was nicknamed "fat Cavill".

The point at the close of the film in which he decides to become a newspaper photographer because "no one will look twice", is somewhat laughable.

Needless to say, the glasses and checked shirt do not transform him into a John Doe. 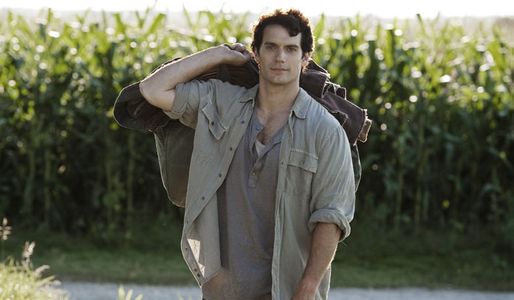 Besides his obvious good looks, Henry also manages to make his character both emotional and impossibly manly - again hard to pull off in a cape.

Directed by Zack Synder and produced by Christopher Nolan, this film has action written all over it.

Be warned - for those who are going purely to swoon over Henry Cavill - there is a good deal of storyline and sci-fi.

Unlike Batman, Superman is an alien and this film pays a lot of attention to this element.

Fundamentally, it's a story about an alien invasion - and as is typical of these movies, they may have saved the world but the clean-up job may well send it bankrupt.

What should prevent this flick from going the way of so many comic book tales before it is - as well as accomplished directing and a spectacle of production - good casting.

Beyond our main man, there were the two most confidently noble fathers in Hollywood, Kevin Costner and Russell Crowe and a slightly surprising choice of Amy Adams as Lois Lane. 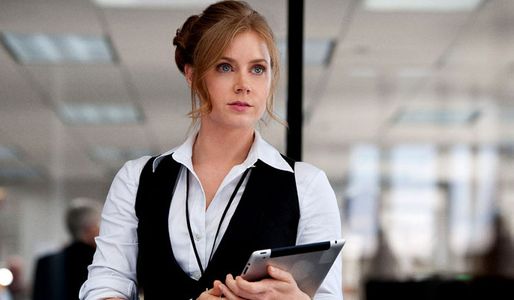 For perhaps the first time in Superman history, this Lois was likeable and smart with a much reduced focus on being sexy.

This will probably be a reason, for some, that Amy was a bad choice.

Their romance was, for story purposes, at hyper speed - but at least you believe that she could actually be a journalist.

Comic book films have had such an obvious renaissance in recent years. Whether that's down to a draw towards escapism or latent hope that we will be saved by a man in a funny outfit - who knows.

Either way, there are a lot of these kinds of movies out there, so why watch this one?

If you like a good superhero movie, you enjoy action and intense fighting scenes, then you'll like this one. 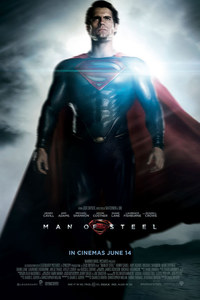 Do you think Henry Cavill makes a good Superman? Tweet us @sofeminineUK