It's been a saga as long as Twilight and just when we think we know what's going on something else changes. For now it seems like Robert Pattinson is willing to give Kristen Stewart a second chance - but she's got to work for it.

They were young Hollywood's dream couple and despite a rocky road it looks like Robert Pattinson and Kristen Stewart may be back on - but it's still not "official".

Since Rob's recent return to LA, the pair have been spotted out together a number of times including a few weeks back when they went for a romantic stroll and to a health food store together.

Things seem to be looking good for the apparently doomed couple, with sources for Heat magazine revealing: "Rob and Kristen are spending all of their time together, she's been staying at his house every night."

Despite the clear progress the couple have made since Kristen was caught cheating on Rob with her Snow White And The Huntsman director Rupert Sanders, there's a lot of work still to be done.

The source continued: "They may be spending more time together, but in Rob's eyes that doesn't mean that they're official yet.

"They love each other so much and will always have this connection, but it's very complicated.

"​It's been hard ever since Kristen cheated."

Following the revelation of KStew's affair last summer, she's been adamant that the whole thing was a mistake.

​Rob and Kristen's then undisclosed relationship went very public after she made an official apology for her actions.

And since then, "she's done everything she can to keep Rob, but they haven't gone back to normal yet."

While Rob was away in Australia filming his latest movie The Rover at the beginning of the year, Kristen had been making efforts to win over his friends.

She was seen hanging out with Taylor Lautner and at his best friend Marcus Foster's gig.

While Kristen's been working overtime to win Rob back he was apparently loving his time away.

The source said: "Rob enjoyed the time he had to himself in Australia. He was out of the limelight and had some real time to think.

"Kristen was terrified of losing him again and tried to keep in contact as much as possible."

And it's not just Rob and his friends Kristen may need to work on - his family is still highly sceptical.

The source revealed: "Rob's family, in particular his sisters, still seem to think he's too young to be tied down, especially to someone who was unfaithful to him."

He may be keeping things on his terms, but Rob reportedly found it too hard not to have Kristen in his life.

The source continued: "Although Rob agrees that they've got a long way to go, he can't disguise the fact he's still in love with her and misses her desperately when they're apart."

But after dealing with what she did to him he's not willing to simply take her back.

The source admitted: "Rob is making Kristen work to regain his trust, but for now it seems that he's really starting to forgive her.

"She has proved to him, for now, that she knows what she did was wrong and that she'll never put him through that again."

Sadly for Kristen, Rob won't be back in her life for long. He's due to start filming his new film Mission Blacklist in Morocco next month. ​ 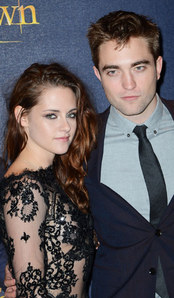