Finally, we find out what Kim Kardashian and Kanye West have named their new arrival! Though it’s not been confirmed by the couple yet, various close sources have insisted that the superstar pair have named their daughter…wait for it…North West.

The couple have reportedly chosen to call their daughter North West.

Sources close to Kim and Kanye have confirmed the news, which puts an end to rumours they named her Kaidence Donda.

Kim gave birth last Saturday to her first child at the Cedars-Sinai hospital in Los Angeles.

The baby girl was five weeks early and weighed a little under five pounds.

North will apparently be nicknamed Nori for short, but she does not have a middle name.

TMZ reports witnessing a birth certificate with the name North West signed by Kim and Kanye, while People magazine confirmed the news with a close family source.

There were rumours that the couple wanted to name their baby North when Kim was pregnant, but these were dismissed as a joke.

And back in March, 32-year-old Kim denied the speculation.

Many fans will be shocked the pair decided against choosing a moniker that begins with the letter K, to continue the theme of the Kardashian family.

Kim was said to be very keen on Kaidence - Kai for short - and they had been rumoured to have chosen the middle name Donda in honour of Kanye's late mother.

Upon the news the couple had actually opted for North West, the name started trending on Twitter and users quickly made their opinions known.

One tweeted: "North West? Did Kim give birth to a baby or a compass?"

Another wrote: "The only way we can fix this and save North West is if we all change our names to North to make her feel perfectly normal."

And a third posted: "Not even Kim & kanye's fortunes combined could pay for the amount of therapy this kid will need for being named North West."

What do you think of the name North West? Tweet us @sofeminineUK 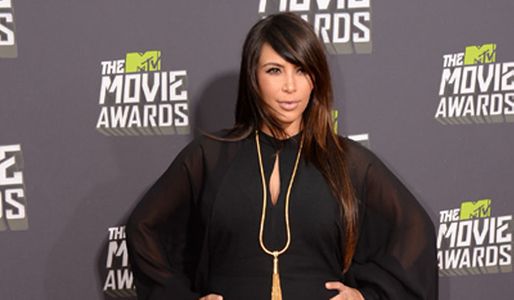