Are they, aren't they? Do any of us even care anymore? With all the times Miley Cyrus has spoken about the her engagement - or rather moaned about everyone's invasion of it - we'd all started to lose interest - and it seems Liam Hemsworth's brothers feel the same!

Liam Hemsworth's older brothers Luke and Chris are reportedly doubting his engagement to Miley Cyrus and have apparently told him to end it before going down the aisle.

According to reports, the boys aren't happy about the relationship and are feeling quite protective of their brother.

A source told US Weekly that the problems between the couple had led to Liam's siblings telling him to "end the romance for good."

Despite Miley's recent assurances that they're as happy as ever, an insider revealed: "Liam is pulling away."

Despite the reports, Luke recently gushed about the Hannah Montana star to Entertainment Weekly.

He revealed: "She's great. She loves our kids, and our kids absolutely love her. She won our hearts.

"I find her really interesting. I find her very articulate, and years in maturity above her age.

"But at the same time, she's very much like Liam.

"I think a lot of people don't realise that they are really, really in love. They actually are a perfect match in a lot of ways." 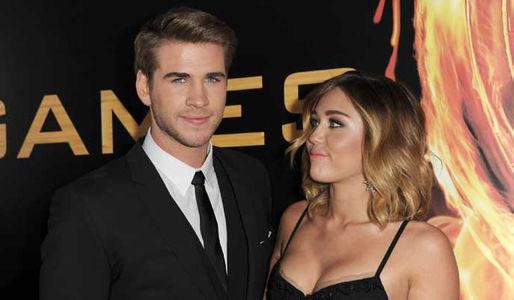 We're sure Miley would have been thrilled to hear such kind words from her fiancé's brother!

Miley and Liam's relationship has been dogged by split rumours since they got engaged in May last year.

But the 20-year-old has been adamant her relationship with Liam, 23 - who she met on the set of movie The Last Song - is solid.

She has said​: "I’m not home with my boyfriend all the time. We work.

"Every week it’s 'Are they broken up? Because we don’t see a photo of them.' I don’t have time to go to Starbucks with my boyfriend every morning. I wish I did, but I don’t.

"I’d rather chill at my house and be there for the time I actually get to spend with him. And then I’m at the studio all day. He gets up to work out at six and I come home at five from the studio."

Miley has admitted that she's been putting her work on her new album above everything else - including her wedding plans - which has caused many to doubt her commitment to her man.

She said: "I put this record before everything, and I’ve never done that with anything. I’ve put too much into this record to put anything else in front of it."