Niall Horan girlfriend: One Direction singer is too busy for love

The One Direction boys lead a pretty hectic lifestyle and all but Louis Tomlinson have failed to maintain a relationship. Irish cutie Niall Horan has remained free and single for most of their meteoric rise to fame and despite links with a few lucky ladies it seems the girls are just going to have to move on.

Niall Horan is yet to officially step out with a girlfriend since joining One Direction in 2010.

But in typical 1D style, he's not been acting like a monk for all these years.

He's not quite in the same league as ladies' man Harry Styles, but Niall has had his fair share of reported flings.

Most notably, he was recently linked with Irish model Zoe Whelan, who apparently attended his brother’s wedding with him.

He was also said to be in touch with Disney princess Demi Lovato, and then there were those rumours he spent the night with Louise Thompson...

The only problem with dating a mega-star in the hottest boyband in the world?

Not a lot of time for a night in with a DVD.

The 19-year-old was said to have met Zoe for a chat just before he jetted off to the US for the next leg of 1D's Take Me Home tour.

An insider revealed to The Sun: “Niall and Zoe met up while he was at home just to talk about things.

“She told him she wasn’t happy about the Louise headlines and they had to hammer things out between them.

“She is a young girl who likes Niall a lot but told him she won’t be taken for a mug either.

“They both agreed that things are so busy with One Direction that they will just stay in contact and see what happens.” 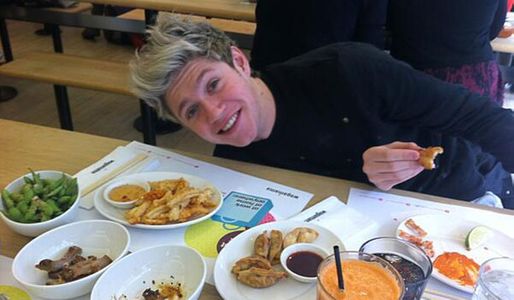 Ever the gent, Niall was not looking to make Zoe feel insecure and wanted to reassure her about all the media attention she's been receiving.

The source added: “Niall knows Zoe has been thrown into his world and wanted to chat to her about the stories in the papers.

“He knows she has been getting hassle online too and wants to look out for her.”

Zoe's not the only one having to accept that the blond singer may just be too hot right now.

Demi Lovato got friendly with Niall during 1D's first tour of the States in 2012.

After the tour ended, the pair chatted over Skype and were rumoured to be hooking up.

But that's no longer the case.​

She has said: “Sadly as sweet as he is, it’s hard to maintain a friendship with somebody you really can’t hang out with.”

She gushed to The Sun: “All of the One Direction guys are great, but there is something a little special about him. Niall is one of the most fun people to be around.

"I know when a text comes through from Niall there is a great chance it is going to actually make me laugh out loud.”

You’ve heard it all before ladies, but if you want a piece of Niall Horan it sounds like you’re going to have to form a queue. 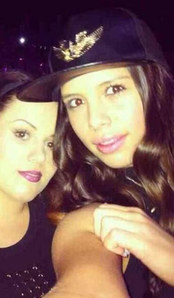