Niall Horan's skills with the ladies often pale in comparison with fellow singleton Harry Styles, but it sounds like he's been getting up to some wooing of his own - with Made in Chelsea's Louise Thompson! And what about her boyfriend Andy Jordan?

The 19-year-old blond is probably pretty chuffed, after apparently wooing the 22-year-old for weeks.

But the TV beauty may not be quite as proud if it did happen, as she's supposed to be dating fellow cast member Andy Jordan.

The 1D hunk is said to have sent a taxi to her West London house to bring her to his North London pad.

The posh geography student apparently enjoyed her stay so much that she didn't leave until the following afternoon. 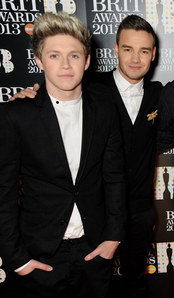 A source told The Sun: “Louise has gushed about Niall for weeks.

“She says he has the Irish gift of the gab and is very open about him being her celebrity crush.

“It started with jokey comments on Twitter, but now they text each other all the time.

“They were on the phone last week when he suggested she go over and sent a car. It was secretive and exciting.”

The pair first became Twitter friends after Louise attended a One Direction gig.

People may be wondering how Louise would manage this, as she's supposedly dating 23-year-old Andy.

We're not entirely sure - maybe she picked up some tips from ex Spencer Matthews.

Andy and Louise appear to still be together and the pair regularly tweet one another.​

On holiday with @louiseathompson .... It's working so far...

Let's hope he doesn't catch wind of this, or at least let there be a camera there when he does!

Niall has previously been linked with Irish model Zoe Whelan and Irish TV presenter Laura Whitmore - fans will no doubt be wondering how Louise managed to catch his eye without being Irish!​