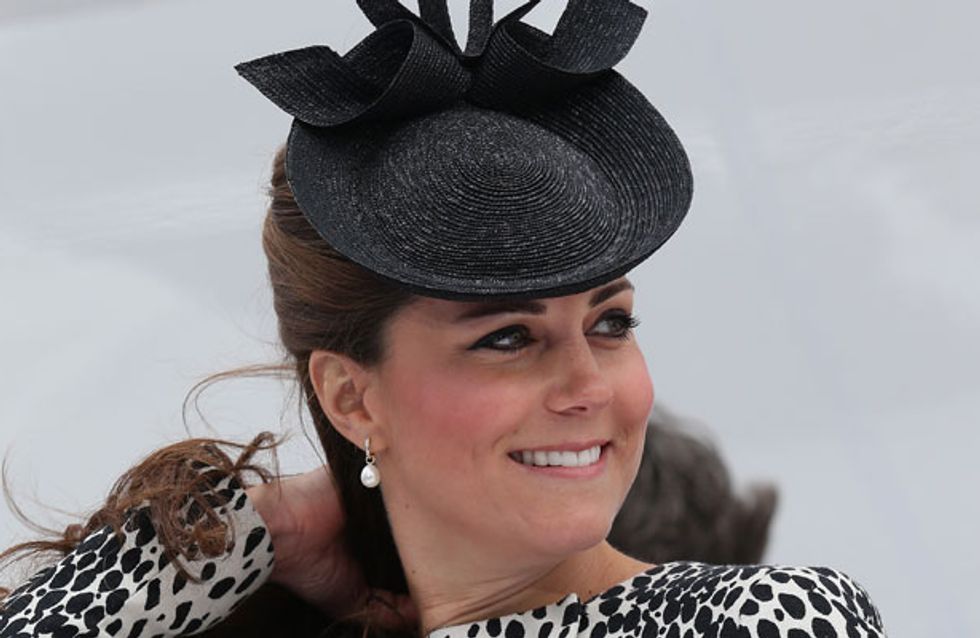 Kate Middleton is just weeks away from giving birth, but the Duchess has today attended a ship's naming ceremony in Southampton. She's also expected to attend Trooping The Colour this weekend before her and Prince William's first child comes along, but this is her final solo engagement before she becomes a mum...

Kate Middleton has headed to Southampton for her last solo public engagement before she gives birth next month.

The pregnant Duchess has worn an animal print coat-dress for the occasion, her growing baby bump clearly visible underneath her outfit.

She’s completed her look with a pair of black heels, pearl earrings and a black fascinator, her hair in a half twisted updo.

Kate appears to be wearing more make-up than usual - her natural look replaced with dark eyeshadow and noticeable pink blusher.

The 31-year-old's face looks quite round and puffy and she spent much of the time sitting down - a clear sign that her pregnancy is taking its toll.

Kate‘s in the city for the naming ceremony of a new cruise ship, the Royal Princess.

She’s watching performances from singers including Natasha Bedingfield before stepping aboard Princess Cruises' 3,600-passenger liner for a brief tour.

Kate has been named godmother of the new ship and has been asked to christen the vessel.

Alan Buckelew, Princess Cruises’ president and chief executive, told Hello Magazine after Kate’s attendance was confirmed: "It's a great honour for Princess Cruises that Her Royal Highness The Duchess of Cambridge has accepted our invitation to become the godmother to Royal Princess.

“We are delighted that the Duchess will launch our new ship and can think of no better way to celebrate our company's British heritage and our commitment to the country."

Kate is expected to attend Trooping The Colour with the royals this weekend, but today may be the last time we see Kate on her own for a while, as she’ll be taking a break after he baby comes along.

And she’ll apparently not undertake any royal tours abroad until 2014.

A royal source told the Telegraph: "The Duchess will give birth at some point in 2013 and it would be unusual for her to travel in the couple of months after that.

“No overseas tour has yet been planned for next year, and obviously the arrival of the baby will have an effect on the Duchess’s diary." 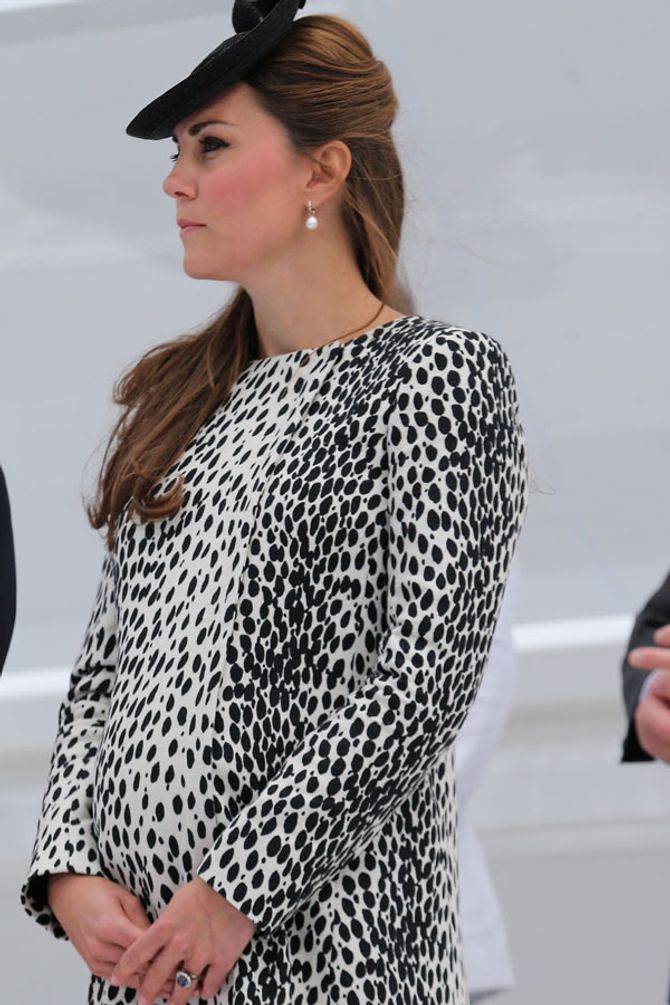