Ryan Gosling is just one of the super successful stars to be born from the Mickey Mouse Club. Unlike his fellow singing Mouseketeers, he of course went on to be an incredibly handsome and smouldering actor. But which lucky lady got to lock lips with Ryan during their time in the prestigious club - Britney or Christina?

Widely accepted as the sexiest man on the planet, Ryan Gosling has given us another name to add to our list of jealousy next to girlfriend Eva Mendes - Britney Spears!

Turns out in their days as Mouseketeers on Disney variety show The Mickey Mouse Club - back when she was 11 and he was 12 - Britney was his kissing pal.

Ryan, 32, told The Sunday Times Style: "Britney was a sweetheart. She lived right above me, the girl next door."

For the Drive star, she was "the little girl [he] used to pay basketball and spin the bottle with."

It's been a long time since those childhood memories were formed and when asked if the group are still in touch at all, Ryan replied: "Not really. I mean, sometimes you are at the same event.

"But it's a lot like I imagine what it's like to run into someone from elementary school."

A pretty star-studded primary school you've got there Ryan - pretty sure it wouldn't be half as exciting for us to take a trip down memory lane!

Ryan and Britney weren't the only familiar faces in The Mickey Mouse Club in the early 90s - Justin Timberlake and Christina Aguilera were also in the Disney troupe.

But Ryan doesn't think this is a coincidence - he puts their success down to drive and determination.

He added: “It is remarkable, but it isn't, in a way, now you have The X Factor and all that stuff, but back then it wasn't around.

"You give these kids an unparalleled work ethic which is why you see the difference between 'NSYNC and those other bands, and between Britney and Christina and the other girls." 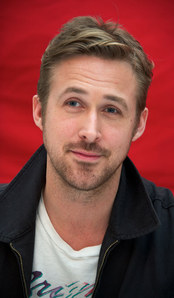