Break-ups are never easy, but when your ex stars acting quite as odd as Justin Bieber has, it must get even more awkward. Selena Gomez is reportedly desperate to move on from her singer ex but he's not making it easy apparently...

Selena Gomez hasn't held back since her split from Justin Bieber, even telling David Letterman how she made him cry after they broke up.

But it seems her efforts to make a clean break are proving difficult.

She has reportedly ordered her ex to remove all footage of her from his upcoming documentary, which has been in creation for over a year.

A source told HollywoodLife.com that she did not take the news of her potential inclusion in the film well.

The 20-year-old "texted Justin, flipping out" when a friend told her she was likely to appear in the footage.

The source claimed: "Selena just wants to move on and has made it clear that she does not want to be in the movie, DVD extras or anything at all."

Selena's efforts of a drama-free break-up have apparently been met by resistance from her troubled ex, with him even visiting her house last week after more personal trouble.

A friend of Selena's alleged: "Justin just bugs the s*** out of Selena and the only reason she picks up her phone is because it's easier than dealing with harassment."

Justin's recent actions have left many people wondering about the stability of the young superstar.

He was spotted wearing a gas mask in London, faced harassment accusations from his neighbour and has come up against a lot of bad press for his decision to keep a monkey with him on his tour.

Many people have put his increasingly bizarre behaviour down to his break up with former Disney star Selena.

The source said: "It's so typical that a man would blame a woman for the fact that he's ruining his life and it's sexist stupidity."

Meanwhile, Justin was seen in New York trying his hand at tattooing - the Canadian pop star inked his alter-ego Swaggy the mouse on the leg of celebrity tattoo artist Bang Bang.

Not gonna calm down anytime soon then, Justin?​ 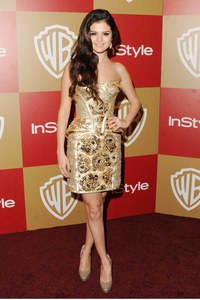