BBC talent show The Voice has come under attack as critics claim mentors Jessie J, Tom Jones, Danny O'Donoghue and will.i.am have barely seen their acts - a far cry from the nurturing and support they promise at the start of the show.

Celebrity coaches will.i.am, Jessie J, Tom Jones and Danny O'Donoghue have been accused of abandoning their 20 finalists in the run up to the live shows.

The four judges are supposed to be mentoring their chosen singers in these final stages but are apparently busy jet-setting around the world for their own music careers.

A source told TV Biz: “It’s a bit of a sham and very disheartening for anyone who has gone through the gruelling audition process and battle rounds and now finds they’re on their own until the judges return."

The Script frontman Danny is on tour with his band in Australia, while Tom is touring the US and will.i.am spent last weekend at a music festival in Japan.

Similarly, Jessie J just flew to Marrakech in Morocco to celebrate her birthday and has returned to work on her second album.

Speaking about the focus she has on her new songs, she said: “I’m putting everything into it. I’m working 12 hours a day, doing vocals and rewriting to make it great.”

Doesn't leave much time to coach any singing hopefuls...

The TV Biz source continued: “The Voice is billed as a singing competition with personal tutoring from celebrities.

“But the truth is it was all filmed months ago on a very fast schedule and now the wannabes won’t see Tom, Danny, Will and Jessie again until just before the live shows.”

​“Viewers will see as the shows progress all four spent a great deal of time with their acts.”

Danny also defended himself saying that being in another country doesn't stop him working with his contestants.

He said: “I am always available to coach and mentor my acts, even when I am abroad with mobile, internet etc.

“I am still working with Max from last series and I’ve written and recorded songs for Bo’s new album which is out soon.”

Watch the next round of blind auditions tonight at 7pm on BBC1. 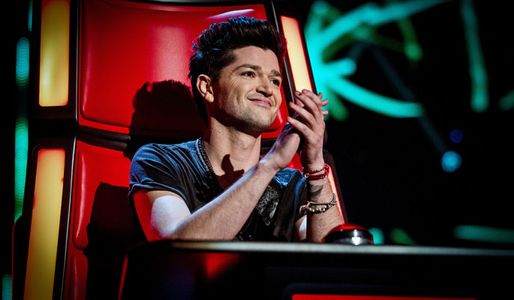 by the editorial team
+
All the news about Danny O'Donoghue