The Voice auditions: New series slammed as full of "has-beens"

If you've felt a bit of a talent show-shaped hole in your life then fear not - The Voice is back on your screens tonight. But it sounds like ITV producers aren't too happy about the thought of all those prime-time viewers switching over.

Tonight sees the return of The Voice - and so the battle of the networks officially begins.

ITV has apparently made digs at the BBC show for the appearance of a number of artists who've previously failed in the music industry.

An ITV insider slated the show to the Mirror, claiming it was "bereft of originality".

They said: "Why anyone would want to watch former stars is anyone’s guess.

"These shows should be about finding a star out of the blue not resurrecting former pop glory.”

Some of the singers set to appear that viewers may well recognise include 90s pop singer Kavana, Danny from Hear’Say, Cleo Higgins from Cleopatra and soul singer Nate James.

BBC sources have hit back at the comments, saying that the show is full of new talent as well as some familiar faces.

Jessie J has asked for the 'scary' death threats to stop

The BBC says the show, which stars judges Jessie J, will.i.am, Tom Jones and Danny O’Donoghue, will see and hear hundreds of singing hopefuls, both new and old.

A source said: “There are over a hundred people in the live auditions and only a handful with careers behind them - and not all of those get through.”

Kavana, who made it into the charts in the nineties tweeted to tell followers that he's set to appear on the show.

Another contestant making a second attempt at commercial success is Nate James, who released an album back in 2005.

The show's insider said: “Nate will be a revelation. The future is massive for him and he is a cut above the others with careers behind them.”

The show will be direct competition for ITV's weekend show Saturday Night Takeaway.

Despite the confidence of the BBC, the ITV source has said: “We are quietly confident that Ant and Dec will blow the competition away."

Ant and Dec's Saturday Night Takeaway had a very successful show last week with the one night only comeback of PJ & Duncan.

The Voice Series 2 kicks off on BBC1 at 7pm tonight. 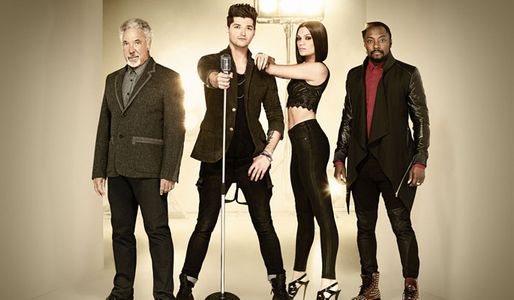 Cheryl Cole tipped to replace Jessie J on The Voice

by the editorial team
+
All the news about Jessie J