Nation's favourite Clare Balding was awarded a special prize for her presenting at tonight's BAFTA TV Awards. But the usual calm and collected host lost her cool when on stage...

Clare Balding was hit with a bout of nerves and emotion as she accepted her Special Award at the TV BAFTAs tonight.

The television host - who came to public favour during her fantastic coverage of the 2012 Olympics and Paralympics - was recognised for her outstanding achievement in factual presenting.

It was announced last month that Clare would receive the prize at tonight's event, which was hosted by Graham Norton at London's Royal Festival Hall.

And though she thought she was prepared for her time in the spotlight, 42-year-old Clare admitted after her win that her speech didn't quite go to plan.

She told Heat magazine: "I thought I could do that tonight but I couldn’t. I got a bit teary up there when I won that award again.

"I said I was going to do it without autocue, and I practised but I forgot the whole bit in the middle!"

Clare is also known for her hosting at horse racing events and she revealed during her speech that she'd always dreamt of being on the podium with her pony.

He added that her "warmth and charisma helped bring the country together as we celebrated in Team GB and Paralympic GB's success.

"She is a trusted and intelligent live presenter with an ability to transcend genre and we're delighted to honour her contribution to television." 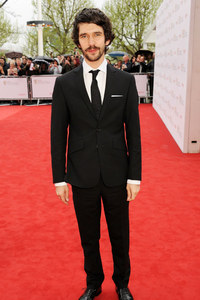 Esme Riley
…
#Awards
From hair ideas to outifts, look no further for your daily inspiration