by Emma Goddard Published on 22 February 2015 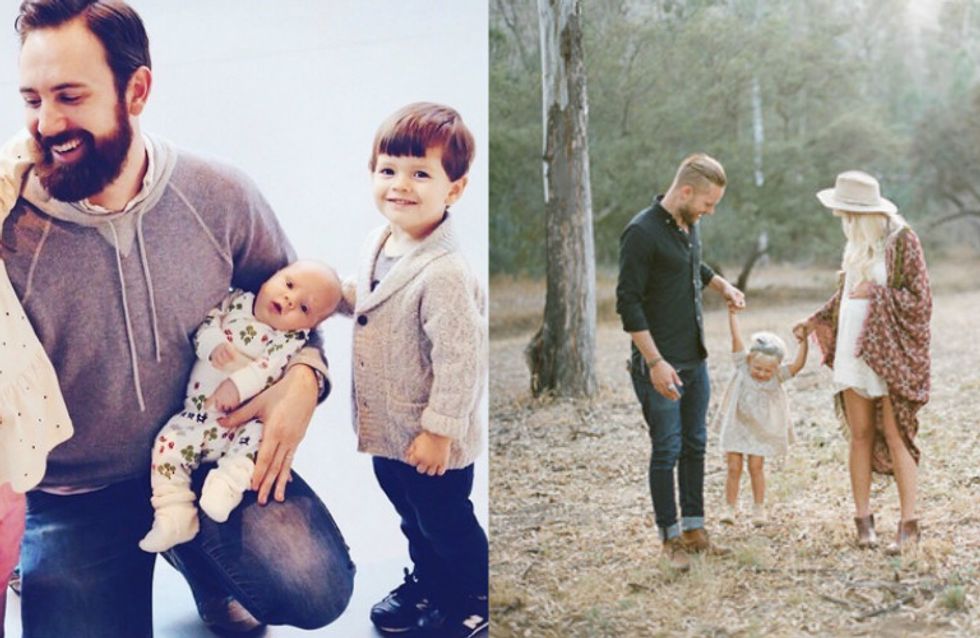 Children often ask the craziest questions that we don't always have the answers to. So it goes without saying that for those tricky ones, many parents fabricate their stories here and there to avoid complicated conversations with their kids. Let's just say these white lies parents have told their children are some of the funniest we've ever heard of.

"Last week I told George he couldn't eat another brownie because he would turn into a brownie and I would eat him for dessert. He seemed kind of surprised by that one." - Karen Smith

2. Dinosaur eggs are a thing ok?

3. The truth about doggy heaven

"When our dog Jesse had to be put down I told the kids I sent him to the farm where they take care of old dogs. Then when the movie 'Bingo' came out with a dog that looked just like Jesse, I told them the movie producers had found him at the farm and put him in the movie." - Melinda Lynam

"When I was four years old, my dad and my three much older brothers were leaving early in the morning to go to a football game. I ran downstairs and threw my coat over my pyjamas, but they said, 'You can't go with us!' 'Why not?' I asked indignantly. 'Because girls aren't allowed at football games. Mum's not going either.' Yeah. That's why Mum's not going. I believed this for years." - Susan Parker

"Madonna had just released her song 'Like a Virgin.' [Our friend] Tom's young daughter loved the song and would dance whenever she heard it on the radio. One day while the song was playing she asked her father, 'Daddy, what’s a virgin?' Completely blindsided, he looked her straight in the eye and said, 'Oh, honey… you misunderstood. She’s really singing 'Like a sturgeon, caught for the very first time!'" - Jaymie Upton

6. "When my daughter was around seven or eight, we were watching 'Father of the Bride,' and Steve Martin said, 'Drive carefully and don't forget to fasten your condom.' Maxine promptly asked me, 'What's a condo?' and not wanting to explain condoms to my young daughter, I took advantage of her misunderstanding and told her it was a little apartment." - Susan Turner

7. Not suitable for kids

"So my kids are notorious for grabbing (aka swiping) drinks off the table counter or sneaking sips out of my or my husband's drink. Sure, usually harmless, but throw a beer or glass of wine out there and Houston we have a huge problem. It's happened and I'm sure you can imagine the spill, spitting and sticky aftermath. We tell our children that beer/wine will give kids worms [and] you have to be a grown-up to drink it. Our three-year-old daughter is terrified of worms and no joke it stopped our little problem immediately. Deep down I feel terrible, but sometimes you have to do what you have to do! I know one day (18 years or so from now) we'll be sharing a bottle of wine together and laughing about it!" - Morgan Kropa

"With my first son we called the ice cream van 'The Music Man' who drove through the neighborhood playing music to make people happy." - ​Celia O'Donnell

"My daughter once asked me about feminine hygiene products. Not wanting to get into the whole thing (she was only three), I said, 'Oh, not much, just decoration really.' So two days later she wallpapered our bathroom." - Kim Russell

"My dad told me that the reason Nixon was in trouble and on the news all the time was that he stole some towels from the Watergate Hotel, which somehow no one managed to correct until college and instilled a deep paranoia about accidentally leaving hotels with towels." - Laura Boutwell

"My oldest child used to get into a lot of trouble when he was a teenager. I use to have to play Inspector Clouseau to get information. Once I got the info, I would wait for a few hours and/or days and then call him out of the blue and say, 'My sixth sense told me that you...' My sons thought I was psychic. Although, after a while I got so good in sensing trouble that I didn't need to spy; I just knew." - Marie Delus

"When my two girls were very little, I told them that the car's triangle emergency button was an 'eject button.' Whenever they were fighting in the car I would go to push the button and they'd cry that they would be good.
They can share that with their therapist someday!" - Marion Greene

"I stole this one from my mum and actually used it on my students when I used to teach. It's called the 'Mummy Spot.' When children lie to their parents they get a glowing spot in the middle of their forehead that only their parents can see. When my sisters used to fight and then lie to my mum about it when they were younger she would ask them to move their fringes to see if she could see a Mummy Spot. When they started crying and refused to move their fringes it was a dead giveaway." - Nicole Rolph

What's the funniest lie you've ever told your child? Tweet us @sofeminineUK!

Saying goodbye
by the editorial team

13. Look at the sky!
by the editorial team

14. Peeking Princess
by the editorial team

22. In the park
by the editorial team

5. Skiing holiday
by the editorial team