by the editorial team Published on 12 February 2015 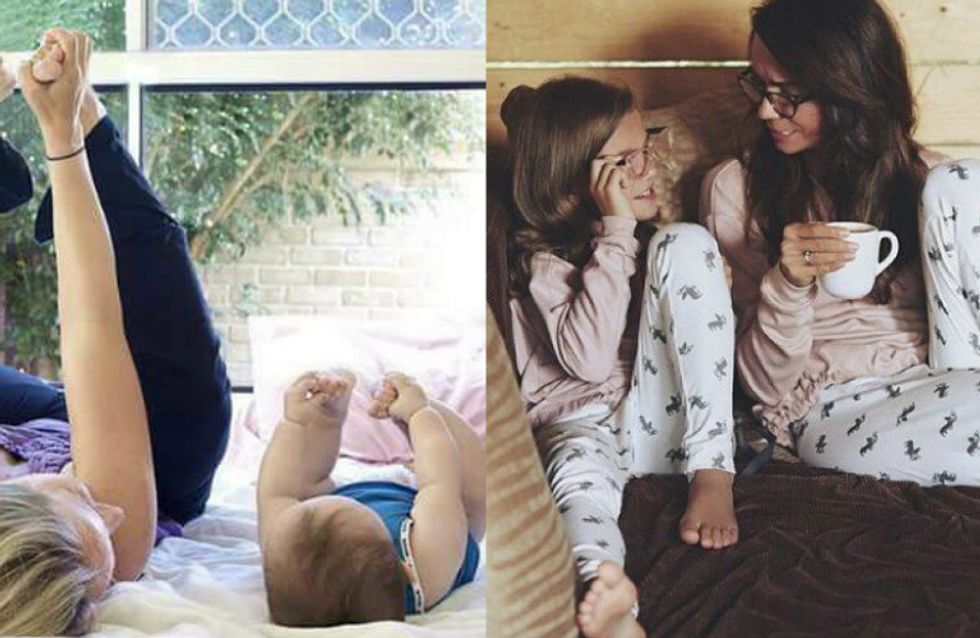 Every parent has been asked that one (or 100) dreaded question they simply don't know the answer to. There are so many questions children ask their parents that they either don't know how to answer without Google in front of them or don't exactly know how to explain, especially to a little kid. Here are some of those tricky questions that are bound to crop up. Don't say we didn't warn you!

The Questions Parents Can't Answer Off the Top of Their Heads

How is electricity made?

Sigh, if only I had paid attention during that one class.

Where did all of the dinosaurs go?

Obviously we all know that yes, dinosaurs did exist, but can all of you answer exactly when they existed? Sure, I bet some of you know immediately (I applaud you), but unless you've been brushing up on your dinosaur history recently then I'm assuming a good number of parents have no idea. In case you were wondering, those giants that roamed the earth existed between 230 million years ago and 65 million years ago. Plus, are any of you willing to go into detail about the Cretaceous-Paleogene (K-Pg) extinction? Exactly.

Where do thoughts come from?

Although the simple answer for an elementary-schooler here might just be "your brain," a lot of children are much deeper than that. So you might expect a follow-up question like "Well why do we have thoughts?" or "How exactly are thoughts created?"

Why am I right/left handed?

Genes, baby, genes. No, not blue jeans. Don't worry about it, you'll learn it all in school.

How do planes stay in the air?

Oh lord. Well, there are four forces: lift, weight, thrust and drag. Yes, yes I did have to look that up. However, unless you were some sort of science or engineering major, then I'm sure I'm not the only one scratching my head wondering how one would answer this question. Sorry, y'all, didn't learn about that in my communication classes.

What is a rainbow?

This is caused by the refraction, or bending, of light. So, whenever it rains, droplets of water refract and disperse light. Maybe you knew that, maybe you didn't. Either way, I can't blame you if you didn't.

Why doesn't the sky fall on us?

At this point, you're probably regretting the decision you made to buy "Chicken Little" for your child because they won't stop talking about the sky falling. Maybe you should pop in "The Land Before Time." Oh Sh*t, but now they're probably going to ask about dinosaurs. Make it stop!

Where did I come from?

Is it too early to have that sperm and egg talk? Maybe you should ask your child to talk to his or her health teacher because you are not ready for the birds and the bees conversation with an eight-year-old.

Why are those men (or those women) holding hands?

I'm all about equality and gay rights, and when the time comes, I'll definitely answer this question for my children in the best way I can. However, a topic like this is difficult to have with a young child, no matter what your values and beliefs are. The right thing to do (to me at least) is to teach your children that love exists in all forms.

What do you use these for?

Whether this is in reference to tampons your child found in the bathroom or a box full of condoms you felt sure you had hidden well in your closet, questions like this always feel awkward even though you're the only one in this two-person conversation who feels that way. Hopefully your kid isn't the type to beg when it comes to knowing the answer to everything and you can play this off with, "I'll tell you when your older."

Why are you and daddy leaving each other?

I haven't been a child of divorce, but I know many people have, and for any child, it's extremely confusing and sad. Not only is this uncomfortable for the parent who has to answer the question (and just rubs salt in the wound), but it's difficult to respond without a complex answer that you know your child/children still won't fully comprehend until they're older.

What is daddy doing to mummy?

First of all, having your child walk in on you during sex is just horrifying on its own. Second, unless you actually tell your kid what's up, potentially scarring them for life, then it's difficult to dodge this question. For instance, if you answer with, "Oh we're just wrestling," you risk your child saying (s)he wants to join in on the wrestling too. You could refuse to answer and just put them back to bed, but let's be real, children absolutely love to pry.

Even though many parents attempt to avoid this question for as long as possible, there's really no telling what your son or daughter will learn from others at school or in the neighborhood. Unfortunately, the word "sex" is just one of those things that'll travel through the grapevine from elementary school to high school. If your child gets to college and still doesn't understand what sex means, there's a bigger problem.

Unfortunately, my brother and I both learned about Santa Claus the hard way. After several years, it just seemed like such a coincidence that Santa's handwriting was similar to the block letters our mum and dad used all the time.

The Questions That Don't Have a Right or Wrong Answer

Where do people go when they die?

This all depends on your belief system, but this is one of those many questions that none of us actually have the answer to. Sure, you could say that grandma and grandpa went to Heaven, or to whatever land and to whatever god you believe in, but no one knows the truth.

Was it my fault?

Ugh, this one is the worst. Whether your son or daughter is talking about someone's death or if they're referring to you and your husband fighting, when they're not old enough to understand what's going on, they feel like they're to blame. Obviously that's not the case and you have to reassure them otherwise, but that's easier said than done.

This is a tough one. Unless you've personally had a UFO sighting (and I'd be concerned for your well-being if you have), then you'd know that there's no proof that aliens (as in the beings we see in many a sci-fi movie) exist. That doesn't mean that they don't though, because I totally believe life exists on other planets. I mean we can't be the only ones out there. So really, you could answer this based on current, scientific proof, or you could teach your kid to believe that there could potentially be aliens in our universe.

Who is the monster in my closet?

Just... stop. Kids imagine the craziest things, but some parents think their children can actually see shadow people. I have goosebumps just thinking about it.

I'm not atheist and I was born and raised Catholic, so I'm supposed to believe in God. I do, but at the same time I often question who/what God is exactly and if there's just one supreme being who watches over us. Or is God really just Morgan Freeman after all? Of course, there's always the chance that (s)he doesn't exist, but I'm going to shut my mouth before lightning strikes.

Why do we exist?

Good question. Mind blown. Why do we exist?! Was God just lonely? Are we even real? Maybe this is all a dream. Honestly, who knows, but if you don't have some sort of answer prepared for this question ahead of time, then you're pretty much screwed.

Why does God let people die?

I'm not trying to be all morbid, but this is bound to come up at some point, perhaps because Mittens the cat recently died or because you had a loss in the family. This is an especially difficult question to answer if you do believe in some sort of god because, like your child, you probably like to think that a good god wouldn't take away the people you love. I don't want to get super religious on you (I'm actually far from it), but it's definitely a tough one to answer.

Can (insert invisible friend's name here) join us for dinner?

Nope, nope and nope. After seeing "Paranormal Activity 2" there's pretty much no way in hell I'll let my kids have imaginary friends. Sorry. But as for all you parents and future parents out there... do whatever you want.

Obviously Santa is real. Just kidding (hope I didn't crush any dreams out there). Yet of course you're not going to tell your kid that until they're a bit older, or perhaps you just don't celebrate fictional holiday characters at all. You do you. As for werewolves and vampires? Totes real you guys!

What are the most hilarious or bizarre questions your child has asked you? Tweet us @sofeminineUK!

8 Real Life Struggles Every Woman Has During Pregnancy