8 Real Life Struggles Every Woman Has During Pregnancy

by Emma Goddard Published on 27 January 2015 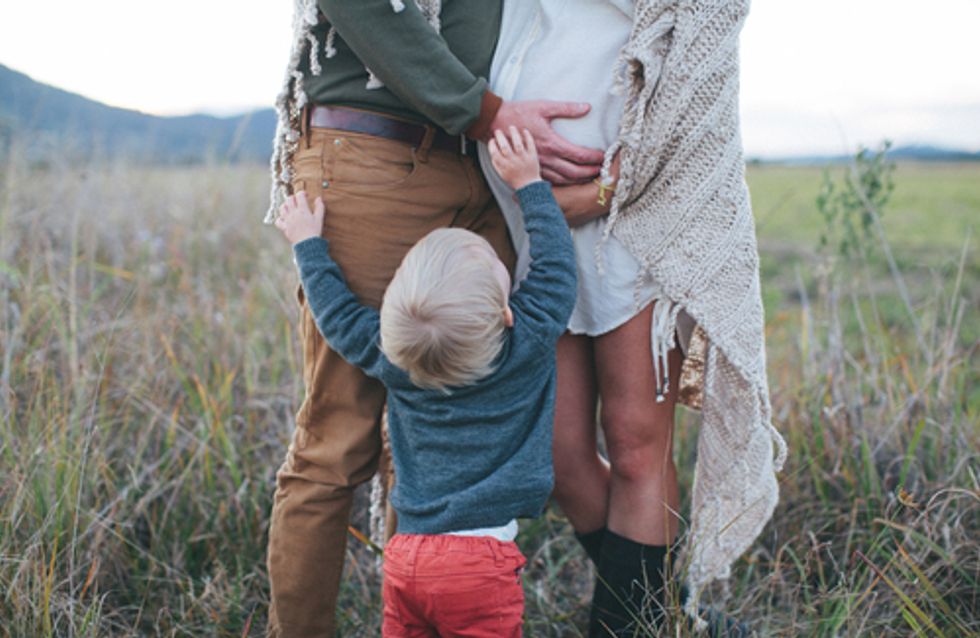 There's no doubt that those nine months of pregnancy are completely worth it when you're suddenly face-to-face with your baby, but that doesn't mean that being pregnant is all fun and games. That is, with the back pains, whirlwind of emotions, nausea and everything between, there are probably days you just want to crawl into the fetal position and hide under a comforter all day. We don't blame you. If anything, you probably understand these struggles every pregnant woman has:

When People Keep Talking About Your Weight

We get it people: women gain weight when they're pregnant. This has happened to every mother-to-be since the beginning of time, and yet people still approach expectant mothers and comment on their weight. They're not trying to be mean (hell, my brother once told my cousin's wife she looked "huge" when she was pregnant) and are making a very real observation, but many pregnant women actually despise it when you tell them how big they're getting.

"Probably one of the most irritating things is when people say, 'Wow are you sure you're not having twins?' Another rude thing is that a couple people asked how much weight I had gained. These were customers!" - Jessica Colvin, 27

Suddenly Realizing Just How Far Your Feet Are From Your Hands

That probably sounded like a weird foot fetish thing, but that's not what I mean. It's easy to take your foot reaching abilities for granted when you're not with child. Those pedicures you used to give yourself? Not gonna' happen. Just being able to tie your shoes? Time to try some slip-on flats. Oh, did you just drop some food on the kitchen floor? Hopefully you have a dog to clean that up for you.

Everything Related to Peeing

Might as well be direct about this one! With all the hormonal changes and the pressure you feel against your bladder from your growing uterus, the urgency to pee is non-stop. On top of your frequent pee breaks, you'll also notice that the most random things will make you have leaking issues. Laughing, coughing, sneezing, and even exercising can cause you to pee a little.

"​It’s all because your growing baby, who’s hanging out inside your equally expanding uterus, is putting extra pressure on your bladder," Dr. C. Joseph Cadle told The Bump. "That adds stress on the muscles of the bladder sphincter (the valve that keeps your urine inside until you’re ready to go)."

Seeing Your Partner Sleep Every Which Way on the Bed

Maybe it's just me, but there's usually only one position I can sleep in: on my stomach (prone position). Sometimes, though rarely, I'm able to sleep on my side, but otherwise I have to lay flat on my tummy with my head turned to one side to ensure a good night's rest. If I try to sleep on my back, face up in the supine position, I end up being extremely restless all night and sometimes even experience sleep paralysis.

​So of course, when I eventually become pregnant, adjusting to sleeping on my side (they say it's best to sleep on your left side) is going to be brutal but necessary. It'll probably take me a lot of effort not to strangle my future husband when I see him deep in slumber beside me, rolling around like it's no big deal.

Aside from just wanting to eat all the food all the time, craving specific meals becomes too real. Food cravings, which could be psychological and lead to overeating as well as excess weight gain, according to a study from the University of Albany, occurs within 50 to 90 percent of pregnant women. Ice cream? Fried chicken? Basically anything spicy? If it doesn't make you nauseous then you'll probably be eating it.

When Someone Eats Your Food

However, if you've been thinking about something in your fridge all day and someone else eats it... game over. You're already having terrible mood swings while your pregnant, and suddenly you get home only to find that your S/O has eaten that leftover takeout you've been wanting since you woke up this morning. So now, not only are you pissed, but you have to find something else to satisfy your hunger.

Though it's recommended that pregnant women avoid sleeping on their backs, some expectant mothers are just bound to wake up at night in the supine position anyway. When that happens, you basically lie there on your bed rolling around like a turtle, wondering why they didn't create Life Alert for pregnant women as well. #strugcity

When you don't feel like you have to pee (that's laughable), there's a great chance that you probably feel constipated instead. As TMI as that sounds, it happens to many pregnant women, so it shouldn't be a cause for concern despite how frustrating it is. In fact, about three out of four mums-to-be experience constipation, diarrhea or other bowel disorders, according to a Loyola University Medical Center study.

However, the constipation won't usually be so bad that it affects your everyday routine, and the reason behind it is due to physiological and hormonal changes, according to the study's senior author and Associate Professor, Scott Graziano.

What are your biggest pregnancy struggles? Tell us @sofeminineUK!

Mood Swings Every Mom-to-Be Will Have During Pregnancy

Embarrassing Pregnancy Problems No One Talks About