by the editorial team Published on 4 February 2011 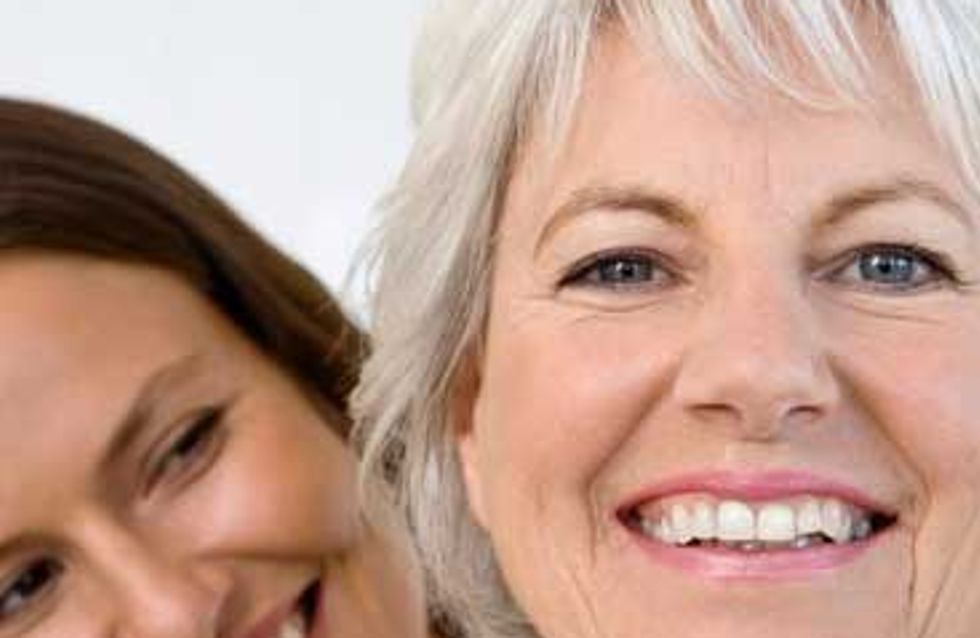 Whether you love her to bits or have nothing in common, there's always something, even on a subconscious level, that connects you both.

But there's no denying this relationship can have it's ups and downs. A recent survey by Lil-Lets of 2000 women revealed, that for most it wasn't until they were 23 until they were able to really appreciate their Mum.

The same survey showed that the average teenage girl argues a whopping 183 times with their mums each year - that's a lot of doors slamming. Yet 67% said their mothers got them through their teens and 75% said that they were grateful for their Mum for doing a great job.

So why is it that this relationship can be so good one minute and so tense in another?

We asked Harley Street Counsellor Louise Van der Velde to share advice on this complicated relationship and what to do when you fall into difficulty.

Why can it be such a problem?

Having two people in the same room that have similar personalities is either going to lead to a house on fire, or an explosive situation. Now imagine that person is your mother and that room is a metaphor for your life...yep we see the potential hazards.

Louise points out that this can be the major catalyst to any problems. “There is tension in the mother daughter relationship because a daughter is a reflection of her mother. Her faults are yours too,” she explains.

This can become problematic in everyday life so it’s good to know how to combat tensions when they appear - we’ll get onto this later.

Where it all starts:

You’re with your mother from day one. She nurtures you in her womb for 9 months, she gives birth to you and more often than not she will be the one to raise you.

During these initial few months the bond that connects your mother to you is vital for your own development. While this exclusive relationship is necessary for the survival of the new-born, it must quickly evolve so the child can develop independence.

As a mother, a woman must consider her daughter to be an individual being and not just an extension of herself. This is sometimes where problems can arise in the relationship because to become a woman and establish an individual personality, there needs to be space in that relationship.

What is the mother/ daughter relationship?

Despite the unavoidable wide sweeping generalisations, there are still a few categories that fit to most family situations.

Louise says: "This is the girl who simply won't do what they are told, no matter how hard their mother tries. This can be a nightmare, especially in the teenage years.

But there are ways to sort out these problems. The key is to keep talking and keep open the lines of communication.”

If all you think about is doing the exact opposite of what your mother is advising you - if she offers to help you will flat out refuse on principle even if you need it. You can see how this isn’t healthy right?

Louise says: “It is up to the mother and the daughter to make sure this rebellious behaviour does not become destructive. The simplest way to do this is just by being fair.

By all means set rules but not too many. And make sure the rules that you set are important. If it isn't important, let it go. It is destructive to be telling your daughter what to do all the time and, if you do, they won't learn from their mistakes.

Daughters can help the relationship they have with their mothers by helping to set the rules. Mutually agree a good time to come home on a night out and other parameters concerning their social life.”

Too close for comfort

“This is the girl who adores her mother and mimics her in every way, particularly when they are young. This can be very satisfying for the mother but do bear in mind that she will be copying your faults too,” says Louise.

She's your best friend. In this situation, not a single day goes by without speaking to her on the phone, otherwise it's a big deal for you both. Even if you no longer live with your parents, your mother still has an influence over you, and neither of you can manage without seeing each other regularly. You share an exclusive, emotive relationship.

The risk? This relationship could be placed so high above everything else that it cuts you off from the outside world (friends, work) and, in particular, prevents you from truly being yourself.

For most people it will be nice to get on with your Mum so well but if you start to be totally reliant on her, especially at a certain age, you will need to reassess if you want to grow.

Louise says: “In one word: talk. Think collaboration, not confrontation. Daughters can help the relationship they have with their mothers by helping to set the rules.
Be honest and find the core reasons for the problems and then make sure that you are not making the same mistakes in the future.“

Most importantly find time for yourselves to be yourselves!

At the other extreme, mother daughter relationships can sometimes be drenched in conflict. If you hardly ever or never speak to your mother, you share hardly anything and you rarely see each other.

As a teenager, the relationship was rocky and it hasn't really improved since.

The origins of mother daughter rivalry can be found in a non-resolved Oedipus complex: "to seduce her father, the young girl must simultaneously take her mother as an example and reject her, as she sees her as an obstacle." If taken hypothetically, this theory goes someway to explaining the tensions.

The result? Your relationship is full of misunderstandings, criticisms and hang-ups. You need to resolve the harmful, underlying conflict.

You need your mother just as much as she needs you. It's rare, even within a bad relationship, to completely cut yourselves off from each other.

Louise says: “Be totally upfront and honest with each other. If there is a pattern of destructive behaviour the best way forward for all concerned is to break this pattern. You can only do that by totally opening up and go through all the issues which have lead to this destructive pattern.”

Learn to find a balance between relations that are too invasive and bonds that are completely non-existent. You don't have to hear all of her secrets but you can support each other mutually and encourage her to open up to others and perhaps meet new people closer to her own age group.

Louise says: “Mothers are much more fun to be around if they are happy in themselves. So mums, make sure you don't devote all your energies on your children - think of yourselves too.”

If your relationship with your mother is tense or intense and you struggle to impose yourself or find your place, you might want to consider counselling which could benefit your personal development.

There are plenty of counsellors out there just like Louise who can help - it’s just making the first step that is the hardest but it will be worth it!